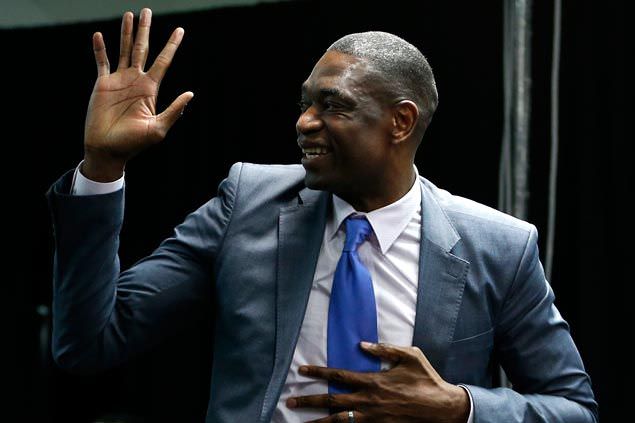 NBA Hall of Fame star Dikembe Mutombo on Tuesday emotionally described the chaos of being caught up in the deadly Brussels bombings in which 34 people died.

The 49-year-old Congolese legend had been transiting through Zavantem Airport in Brussels when it was rocked by two explosions, possibly caused by suicide bombers, in the check-in hall.

Mutombo, who was returning from a visit to the hospital in Kinshasa his foundation opened, told CNN he had been asleep in a passenger lounge when the airport was attacked.

"There was no hesitation from there. I grabbed my bag and I started running as well," said Mutombo.

Mutombo was hoarse as he described being ushered through the terminal to the airport tarmac, recalling fellow travellers paralyzed by shock as they struggled to come to terms with the horror of the blast.

"I just feel bad for the family of the loved ones that lost their lives. They couldn't run, they couldn't move," Mutombo said.

"It was very crazy. I feel very bad. A mom trying to push her two kids. You have everybody running. It was very sad," added Mutombo, who retired in 2009 after 18 years in the NBA.

Three explosions, at least one likely caused by a suicide bomber, rocked the Brussels airport and subway system Tuesday, prompting a lockdown of the Belgian capital and heightened security across Europe. At least 34 people were reported dead.

Belgium's public broadcaster VRT said that 20 people were killed in an explosion on a train, and that at least 14 died in two explosions at the airport, with many others injured.

Belgium raised its terror alert to the highest level, diverting planes and trains and ordering people to stay where they were. Airports across Europe immediately tightened security.

On Tuesday afternoon, the Daesh terrorist organization claimed responsibility for the attacks through its affiliated Amaq News Agency.