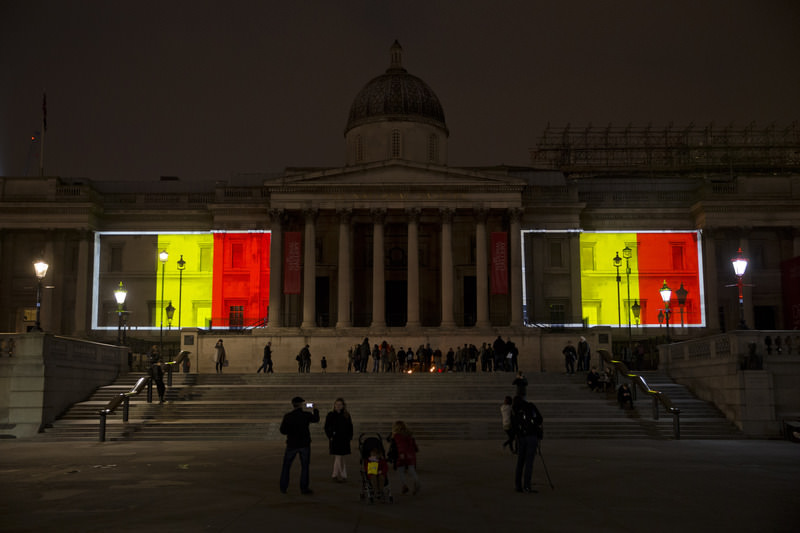 Despite the high death toll and dramatic scenes of destruction, this week's attacks in Brussels appear to have been surprisingly easy to carry out, requiring little more than some careful preparation, a handful of motivated militants and ingredients that are readily available on store shelves.

Security experts say Europe's major cities filled with soft targets and home to hundreds of Daesh militants who have fought or trained in Syria, Iraq and Libya will remain vulnerable to similar attacks without changes in their security procedures.

The assailants in Brussels were well-prepared for the suicide bombings in the airport and subway, which killed more than 30 people. They chose crowded, easy-to-reach targets that were poorly secured in a country whose forces have already been stretched by a string of crackdowns on suspected extremist militants. Belgium's chief prosecutor said the investigators found 15 kilograms of TATP an inexpensive and hard-to-detect explosive material at an apartment where the attackers had stayed, but it wasn't immediately clear whether it was used in the blasts.

"It doesn't require sophistication, but it requires preparation and planning," said Yoram Schweitzer, a former head of the Israeli military's counter-terrorism desk. "There is a need for suicide belts, a safe house, or perhaps baggage with explosives."

Schweitzer, an expert at the Institute for National Security Studies, an Israeli think tank, estimated that an attack like the one in Brussels would take weeks, perhaps several months, to plan.

Armed guards patrol many of Europe's train stations, airports and landmarks, but their presence is significantly less onerous than similar hubs in the U.S. There is also direct train access with little to no security into many European airports. The Belgium attackers appear to have entered the Brussels airport posing as travelers with suitcases.

"Getting a bomb on a plane or through the security at the airport is tough, but getting one into the airport or a train station is relatively simple," said Matthew Henman, managing editor at IHS Jane's Terrorism and Insurgency Centre in the U.K. "But imagine if you had everyone's bags searched before they entered at train stations during peak rush-hours. Soon, there would be long lines and those gathered crowds would become the new target."

The United Kingdom is better protected because of its physical separation from continental Europe, allowing for better border controls and greater difficulty smuggling weapons into the country.

Still, homegrown suicide bombers struck London in simultaneous attacks that killed 56 people in 2005. Since then, Britain has invested in placing protective barriers around buildings, improved communications systems in the London subway system and an extensive network of security cameras around transport hubs and landmarks.

Recently, British counter-terrorism teams have been planning for an even scarier scenario: a chemical or biological attack.

"Groups like Daesh learn on their feet," Henman said. "Once one set of additional measures are introduced, they'll learn from the changes and will soon alter their operations."

One of the biggest challenges for European authorities will be improving intelligence gathering. Security experts estimate hundreds of militants who have fought in Syria are now in Europe, many of them in Brussels. They tend to live in insular immigrant communities that have been difficult for law enforcement agencies to penetrate.

Authorities will have to learn how to foil these attacks as they are being planned, said Elias Hanna, a former Lebanese brigadier general who is a lecturer at the American University of Beirut. "You have to be ahead of them in time and preparation," he said.