Western Europe has seen a string of attacks in recent years 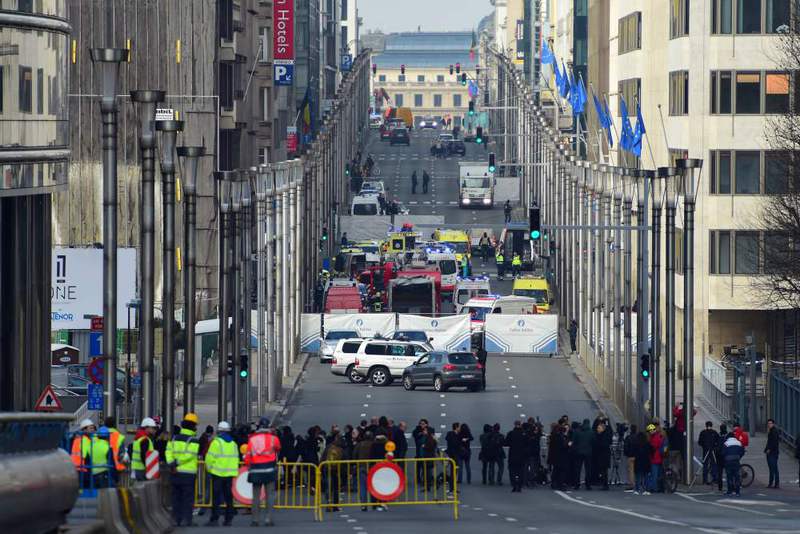 Tuesday's deadly attacks at the Brussels airport and a metro station in the city are the latest in a string of attacks in Europe in recent years. Here are some of the most recent major ones:

Nov. 13, 2015: DAESH-linked extremists attack the Bataclan concert hall and other sites across Paris, killing 130 people. A key suspect in the attack, 26-year-old Salah Abdeslam, is arrested in Brussels on March 18, 2016.

Jan. 7, 2015: A gun assault on the Paris offices of the satirical magazine Charlie Hebdo kills 12 people. Al-Qaida in the Arabian Peninsula claims responsibility for the attack, saying it was in revenge for Charlie Hebdo's depictions of the Prophet Muhammad.

May 24, 2014: Four people are killed at the Jewish Museum in Brussels by an intruder with a Kalashnikov. The accused is a former French fighter linked to DAESH in Syria.

May 22, 2013: Two al-Qaida-inspired extremists run down British soldier Lee Rigby in a London street, then stab and hack him to death.

July 22, 2011: Anti-Muslim extremist Anders Behring Breivik plants a bomb in Oslo then launches a shooting massacre on a youth camp on Norway's Utoya island, killing 77 people, many of them teenagers.

Nov. 2, 2011: The offices of Charlie Hebdo in Paris are firebombed after the satirical magazine runs a cover featuring a caricature of the Prophet Muhammad. No one is injured.

March 2, 2011: An extremist Arid Uka shoots dead two U.S. airmen and injures two others at Frankfurt airport after apparently being inspired by a fake internet video purporting to show American atrocities in Afghanistan.

July 7, 2005: 52 commuters are killed in London when four al Qaida-inspired suicide bombers blow themselves up on three subway trains and a bus.