NATO says no 'trade-off' with Russia after Brussels attacks 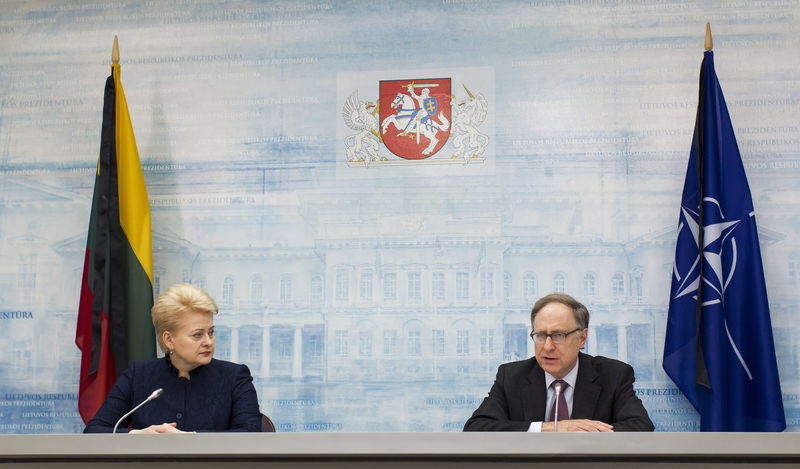 Vershbow said all allies were willing "to cooperate more with Russia against terrorism" but that would not change plans to deter military resurgent Moscow.

Russia proposes "we should cooperate against terrorism and end our measures that have been taken in response to their aggression against Ukraine," Vershbow said.

"We are not going to make any kind of trade-off," he told reporters during a visit to Lithuania.

A day after bomb attacks in Brussels killed 31 people, Russian Foreign Minister Sergei Lavrov on Wednesday called for Europe to drop what it called "geopolitical games" and unite behind efforts to fight terrorism.

The head of the Russian parliament's foreign affairs committee, Alexei Pushkov, said that while NATO chief Jens Stoltenberg was "battling an imaginary Russian threat and stationing troops in Latvia, people are being blown up under his nose in Brussels".

But Vershbow said NATO was sticking to its plans to send more troops and equipment to boost its eastern flank in the wake of Russia's 2014 annexation of Crimea which he said "undermined the basic principles of the European security system".

"Even if we can collaborate more against terrorism, we are not going to abandon our firm response to that aggression and illegal annexation of Crimea," Vershbow added.

NATO leaders are expected to formally endorse the increased presence in eastern member states at a July summit in Warsaw.

Vershbow also said he hoped the alliance would use the summit "to step up its efforts in defence capacity building for our neighbours especially in the Middle East and North Africa, so that they can be better equipped to fight the spread of terrorism on NATO's doorstep.