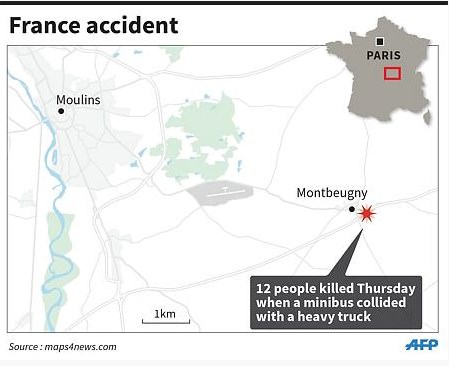 by reuters
Mar 25, 2016 12:00 am
A minibus travelling from Switzerland to Portugal collided with a lorry in central France on Thursday night, killing its 12 passengers and leaving four others injured, local authorities said in a statement.

The accident happened in the French department of Allier just before midnight local time, the authorities said on Friday, adding that the cause of the collision was unclear.

The driver was the only survivor in the minibus. The victims are believed to be Portuguese, the authorities said.
Last Update: Mar 25, 2016 12:33 pm