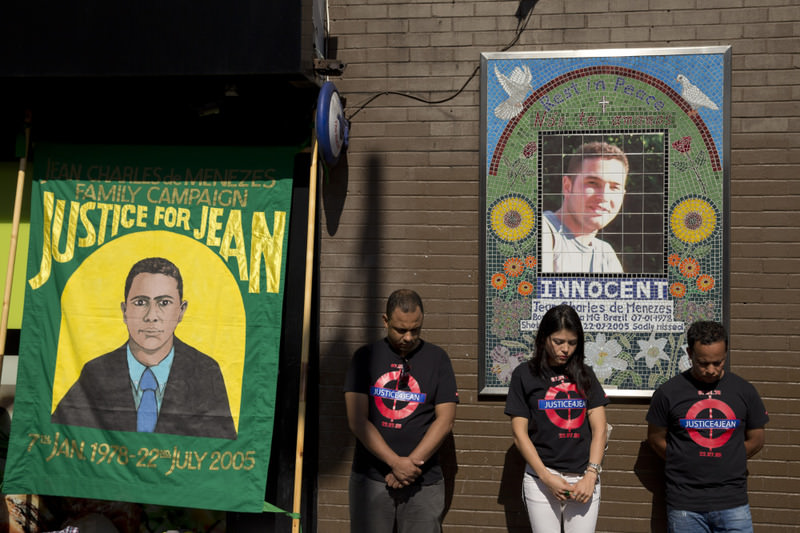 by Associated Press Apr 01, 2016 12:00 am
British authorities were correct not to prosecute police officers over the killing of a Brazilian man who was shot dead on the London Underground after being mistaken for a suicide bomber, a European court ruled Wednesday.

The judgment by the European Court of Human Rights deals a blow to relatives of Jean Charles de Menezes, who have campaigned to have police charged with his slaying more than a decade ago.

The 27-year-old electrician was shot on July 22, 2005, by police who were seeking those responsible for failed bombing attempts on the subway a day before. Two weeks before those botched attacks, four suicide bombers had killed 52 commuters on London's transit system. The Brazilian, who lived in the same apartment building as one of the suspects in the failed bombings, was on his way to work when he was shot seven times at close range by police who followed him onto a subway carriage. The two officers who shot him testified at an inquest that they believed de Menezes was one of the failed bombers. Prosecutors decided not to charge any police officers, although the Metropolitan Police were convicted of health and safety violations and fined 560,000 pounds ($805,000) for endangering public safety during the shooting.

De Menezes' family has waged a long legal battle that included suing the police in civil court. That case was settled for an undisclosed amount in 2009.

Wednesday's ruling comes more than eight years after de Menezes' cousin, Patricia da Silva Armani, appealed to the Strasbourg, France-based European court. Lawyers for the family argued that authorities had failed in their obligations under European human rights rules to conduct a sufficiently effective investigation capable of identifying and, if appropriate, punishing those responsible for the shooting. They said the bar set by prosecutors in deciding whether to charge had been too high. The court's grand chamber, which deals with the most serious cases, said the decision not to prosecute individual officers did not reflect investigation failures "or the state's tolerance of or collusion in unlawful acts." In a 13-4 ruling, the judges said authorities had held a thorough inquiry into the shooting and "concluded that there was insufficient evidence against any individual officer to prosecute."

Da Silva said the family was very disappointed at the ruling by Europe's top human rights court. "We had hoped that the ruling would give a glimmer of hope, not only to us, but to all other families who have been denied the right to justice after deaths at the hands of the police," she said. "We find it unbelievable that our innocent cousin could be shot seven times in the head by the Metropolitan Police when he had done nothing wrong and yet the police have not had to account for their actions."
RELATED TOPICS