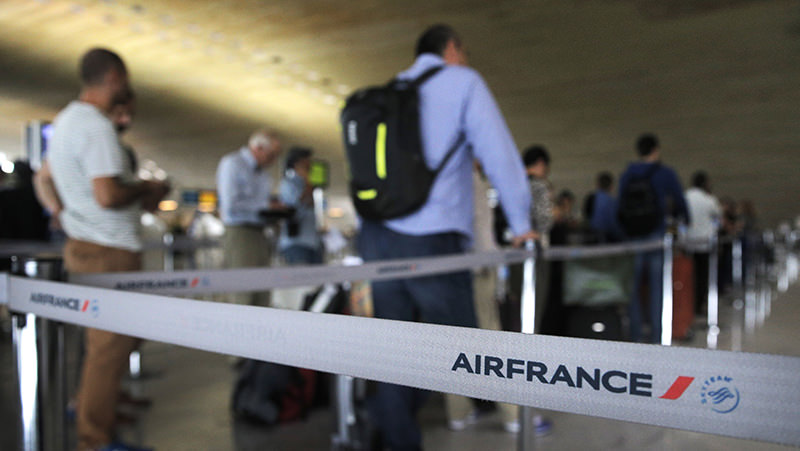 Unions for Air France cabin crew held talks with management on Monday after several female crew members opposed an order to wear a headscarf in Iran, when flights to Tehran resume on April 17.

Flore Arrighi of the Unac union said before the meeting that she was expecting the airline's head of human resources, Gilles Gateau, to come up with proposals to end the row.

The unions say company chiefs sent staff an internal memo saying that female cabin crew will be required to wear trousers during the flight with a loose fitting jacket and that they must put on a scarf covering their hair when they leave the plane.

The headscarf rule is already in place when flying to certain destinations, such as Saudi Arabia.

But the union says it wants the Tehran flights to be staffed on a voluntary basis and that any staff who refuse to fly to Iran due to the headscarf rule will not have pay deducted and the refusal will not be noted on their professional record.

It argues such an escape clause was already in place for flights to Conakry in Guinea during the Ebola crisis last year and for services to Tokyo following the 2011 Fukushima nuclear disaster.

Caroline Rolland of the CGT union said if Air France refused the unions' proposals, cabin crew members will bend the rules by taking the day off claiming they have a sick child, or that they themselves are ill. In that case they would lose a day's salary.

"That's the price to pay for refusing," she said.

Air France made no official comment, but the airline told AFP on Friday that all air crew were "obliged, like other foreign visitors, to respect the laws of the countries to which they travelled".

"Iranian law requires that a veil covering the hair be worn in public places by all women on its territory.

"This obligation, which does not apply during the flight, is respected by all international airlines which fly to Iran," the airline said.

Air France suspended flights to Iran in 2008 but is resuming the service after international sanctions on the Islamic Republic over its nuclear program were lifted.