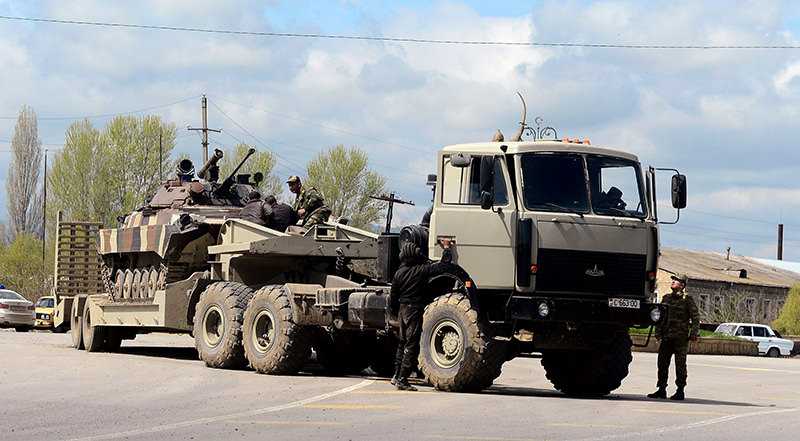 An Azeri military armoured personnel carrier (APC) is seen on the platform of a truck in the town of Terter, Azerbaijan, on April 4, 2016 (AFP Photo)
by Daily Sabah with Agencies Apr 04, 2016 12:00 am

According to a statement released by the ministry, the strikes killed many Armenian colonels and generals. Video footage of the operation was also released.

In a recent statement, Azerbaijan's defense ministry said that 170 Armenian soldiers were killed and 12 armed vehicles were destroyed on Monday.

Fighting on Friday and Saturday saw 12 Azerbaijani soldiers and more than 100 Armenian soldiers killed in some of the worst clashes since fighting between Armenia and Azerbaijan reached to a stalemate in 1994.

On Sunday, Azerbaijan said it had decided to "unilaterally cease hostilities" and pledged to "reinforce" the positions it claimed to have captured.

Karabakh has been occupied by pro-Armenian forces since 1993.