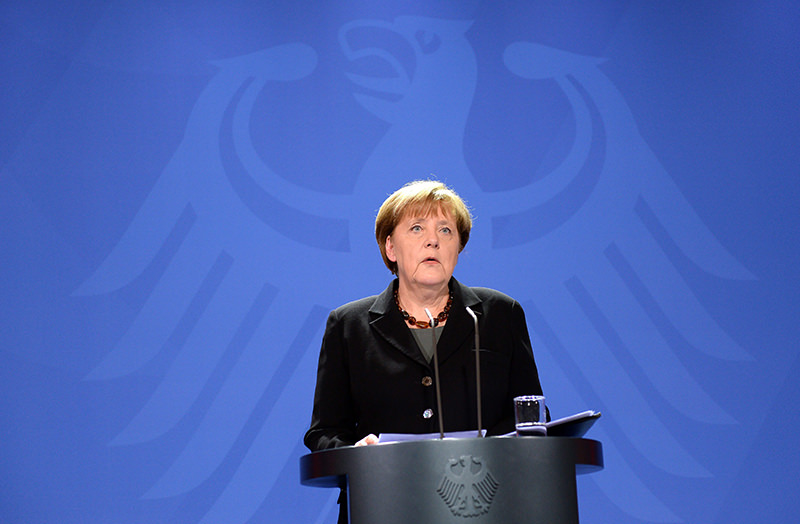 The video of the program, which circulated on social media, consists of both insults and profanity directed at Erdoğan, which has garnered severe criticisms both from social media and members of the public. The video was also criticized by some German politicians in parliament.

The video contained a 'satirical' poem read by Böhmermann on Thursday on his late-night show "Neo Magazin Royale."

According to a statement made by state secretary and government spokesman Steffen Seibert, Merkel told PM Davutoğlu Sunday in a phone conversation that she found German comedian Jan Böhmermann's program "deliberately insulting".

The statement added that the broadcaster removed the content which contained 'heavy insults' towards President Erdoğan after apologizing on April 1 for "crossing the line into slander" while Merkel stressed that the poem was "unacceptable".

"Chancellor Merkel expressed that they follow this issue and these broadcasts do not reflect the German government's approach," Davutoğlu said after the phone call.

Germany's state broadcaster, ZDF apologized on Friday for the satire it said that "had crossed the line into slander" and pulled the program from a repeat airing. After deleting the video, ZDF stated that the program didn't live up to the broadcaster's quality expectations.

ZDF's director of programming, Norbert Himmler also said that the boundaries of satires "were clearly exceeded" in this case.

Despite harsh reaction from many people, especially Turks in Germany, the German government has not imposed any other sanctions on the broadcaster or Böhmermann.

Erdoğan said in an interview with CNN's Christiane Amanpour on Thursday during his Washington visit that he was "open to criticism," but that criticism shouldn't be confused with "insult and defamation."

In the phone call, Davutoğlu and Merkel also spoke about on the EU-Turkey refugee readmission plan that started Monday. Merkel had paid three visits to Turkey in the last couple of months to find an accord with the Turkish government concerning the influx of illegal migrants.