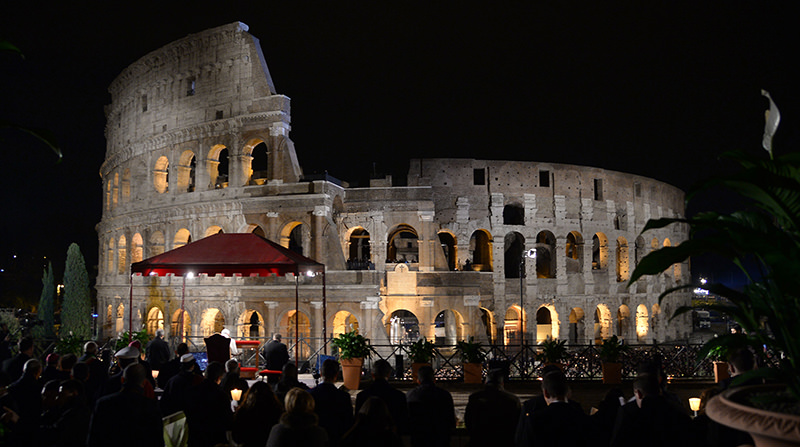 | AFP Photo
by Apr 05, 2016 12:00 am
Daesh terrorist group released a video on Tuesday suggesting it may carry out further attacks in the West, naming London, Berlin and Rome as possible targets.

"If it was Paris yesterday, and today Brussels, Allah knows where it will be tomorrow. Maybe it will be in London or Berlin or Rome," said a member of the group in English on the video which showed footage of the aftermath of previous attacks.

Daesh has claimed responsibility for bombings that killed 31 people in Brussels in March and attacks in Paris last November that killed 130.

The video showed images of the House of Commons in London and Rome's Colosseum.