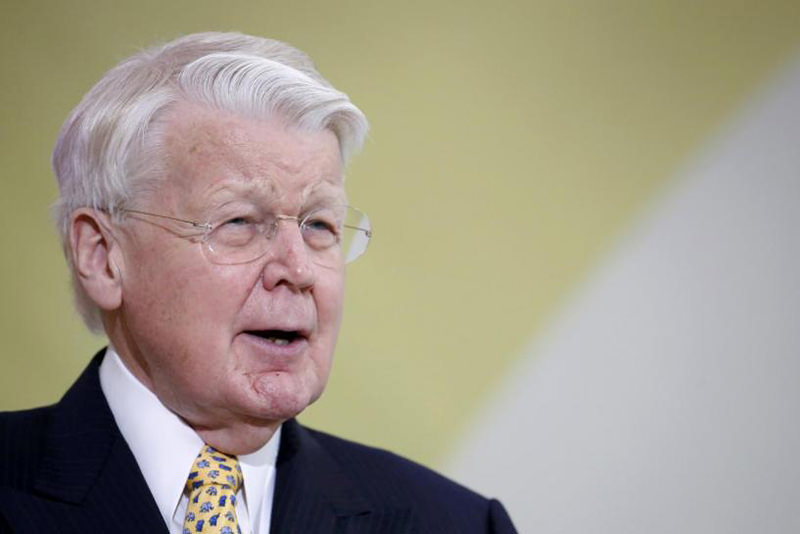 Iceland's prime minister said Tuesday he may dissolve parliament and call new elections if he were to lose the support of his junior coalition partner following an uproar over his offshore holdings revealed in the "Panama Papers".

"I told the leader of the Independence Party that if the party's parliamentarians think they cannot support the government in completing joint tasks, I would dissolve parliament and call a general election," Prime Minister Gunnlaugsson wrote on his Facebook page.

Gunnlaugsson, 41, has been under pressure to resign since leaked financial documents showed that he and his wife Anna Sigurlaug Palsdottir owned an offshore company in the British Virgin Islands.

The leftwing opposition on Monday presented a motion of no-confidence against Gunnlaugsson, which could be voted on as early as this week.

Independence Party leader Bjarni Benediktsson, who is finance minister, was also named in the leaked "Panama Papers", and his party has not yet said whether it will support Gunnlaugsson.

Thousands of demonstrators protested outside parliament in Reykjavik on Monday, throwing eggs and yogurt at the building and calling for Gunnlaugsson to step down.

Another protest was scheduled for Tuesday evening.

Gunnlaugsson's company, named Wintris Inc and acquired in 2007, was intended to manage his wife's inheritance from her wealthy businessman father, according to the Panama Papers.

The prime minister sold his 50-percent share to his wife for a symbolic sum of $1 at the end of 2009.

But when he was elected to parliament for the first time in April 2009, as a member of the centre-right Progressive Party, he neglected to mention his stake in his declaration of shareholdings.