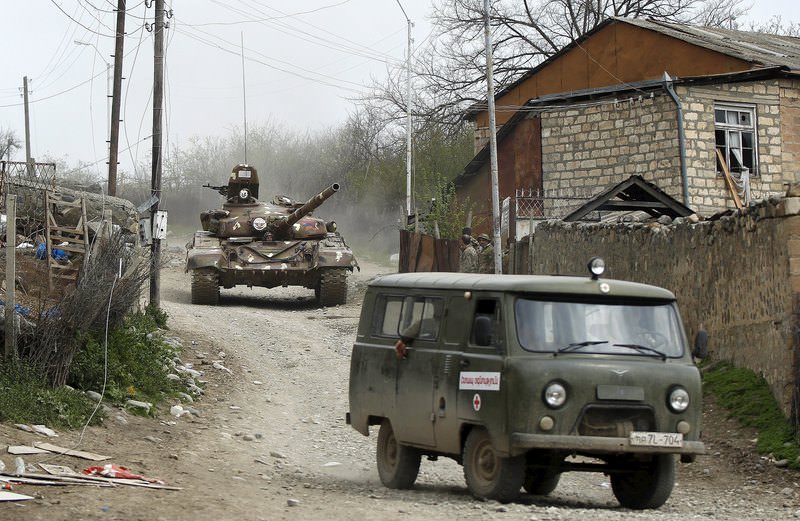 Six Azerbaijani civilians have been killed and 26 seriously wounded in Armenian fire during border clashes over the past four days, Azerbaijan's Foreign Ministry said late Wednesday.

The fatalities included two children, the ministry said in a statement, adding that 32 towns and villages were struck by artillery fire and 232 homes damaged, as well as schools, hospitals and mosques.

The statement said electricity, gas and water infrastructures were destroyed.

The fighting that broke out between ethnic Armenian forces in occupied Karabakh and Azerbaijani troops last week is the worst since a peace deal was struck in 1994 following conflict over the enclave within Azerbaijan.

The Azerbaijani Ministry of Defense said 31 Azerbaijani soldiers were martyred during the clashes and 240 Armenian troops killed.

"We are very sorry about the losses and death of innocent people," he said. "We don't fight against children and women as Armenia does. The Armenian army is still violating the cease-fire even though we stopped operations."

Hasanov was speaking at a meeting in Azerbaijan's capital Baku with the leaders of the Organization for Security and Cooperation in Europe's Minsk Group, which mediates the conflict. A cease-fire was agreed Tuesday.