Germany could lift border controls on May 12, interior minister says 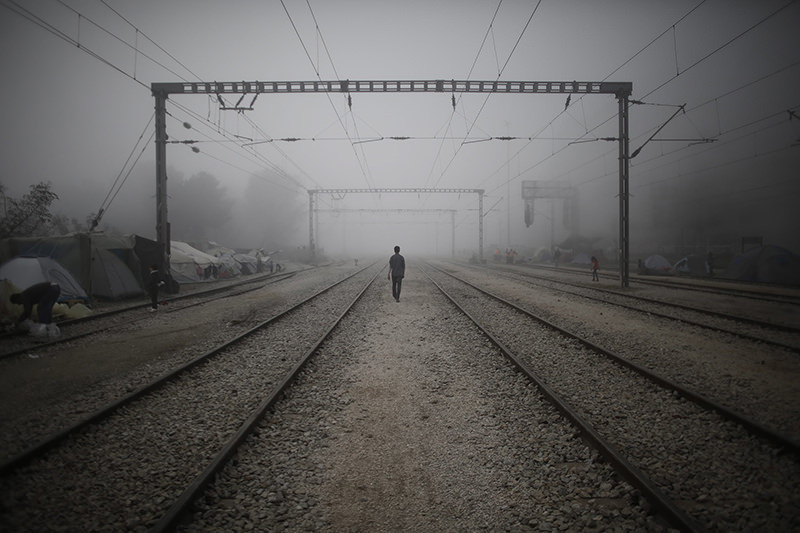 A refugee walks on the train tracks amidst morning mist at a refugee camp near the Greek-FYROM border near the village of Idomeni, northern Greece, 04 April 2016. (EPA Photo)
by Apr 06, 2016 12:00 am

"We would not extend the border controls beyond May 12 if the numbers remain this low," he told Austrian national broadcaster ORF, referring to a recent drop in arrivals following the closure of the main Balkan migrant trail.

De Maiziere made the comments following a meeting of interior ministers from German-speaking countries in the Austrian capital.

The controls on the Austrian border were introduced last September when more than 10,000 migrants and refugees were arriving in Germany on a daily basis.

A majority of them were fleeing war and violence in Syria, Afghanistan and Iraq. Many had undertaken a dangerous sea journey from Turkey to Greece, before trekking up the western Balkans in their bid to reach northern EU nations.

Germany let in a record 1.1 million migrants last year as the continent grapples with its worst migration crisis since World War II.

But de Maiziere said the number of asylum-seekers has taken a plunge following border clampdowns by Austria and other countries along the Balkan route in February.