Belgium struggles to win back tourists after Daesh terror attacks 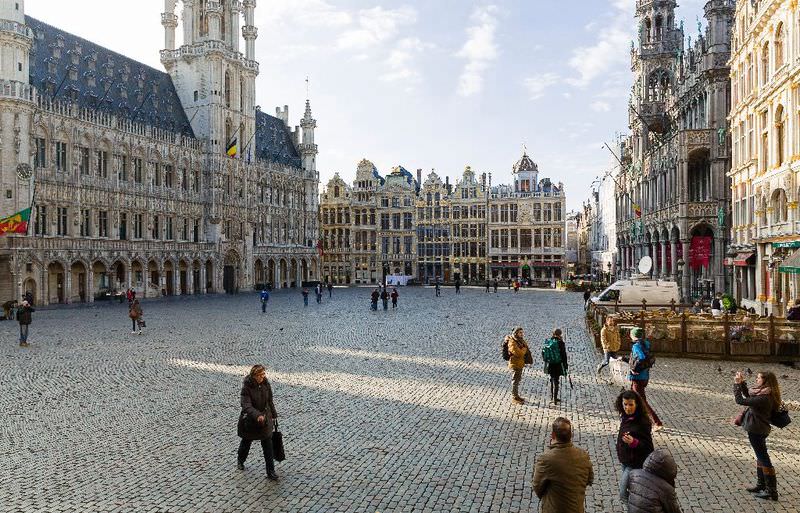 Gone are the usual snap-happy crowds on Brussels' famed Grand Place, visits to the Atomium monument have plummeted and hotel rooms are empty.

Two weeks after the Belgian capital was hit by terror attacks, the country's tourist industry is in despair.

As Belgium struggles to move on from the March 22 Daesh suicide bombings that struck Brussels airport and a metro station, killing 32 people, the financial impact of the attacks is weighing on the economy.

For some holidaymakers not scared away, the chance to explore the city's delights undisturbed during the normally busy Easter holiday period has been an unexpected boon.

"We like it. There's not too many people and we can take great pictures," said a smiling Lucien Liu from China as he marvelled at the near-deserted Grand Place square with its celebrated 15th-century Gothic city hall.

Danish tourist Jeppe Strauss, in town for a few days with friends, said they had encountered no queues at the museums.

"It made our trip a lot more pleasant since we did not have to spend a lot of time waiting," he told AFP on a street lined with waffle and chocolate shops.

But there is no such silver lining for those working in the tourism industry, which accounts a significant part of the economy, as much as nine percent in some parts of the country.

Hotel and restaurant bookings are down by half since the attacks, according to Patrick Bontinck, head of the Brussels tourism office.

"This has never happened before," said Said Rabet, owner of the Saint-Michel hotel which boasts views of the Grand Place and is usually fully booked.

Now, just five of his 14 rooms are taken.

"It's not enough to say things are going badly, it's worse than that. This is economic carnage in the hotel and restaurant sectors," he added.

The effects are being felt across the country.

Hospitality businesses in the northern Flanders region, home to the tourist hotspot of Bruges, say revenues are down by a third since the attacks, according to a survey by the Unizo employers' group on Thursday.

Belgium's tourism sector was already struggling in the wake of the Paris terror attacks in November after it emerged they were largely planned in Brussels.

Following the Paris bloodshed, the Belgian capital went into lockdown for several days over fears of an imminent attack, with soldiers deployed on the streets and schools and the metro system closed.

While Belgium remains on high alert -- authorities are still hunting for a suspected third attacker whose bomb did not go off at Brussels airport -- Prime Minister Charles Michel insisted Wednesday that the country was returning "to normal life".

Rudi Vervoort, head of the Brussels regional government, said steps have already been taken since the Paris attacks to reassure visitors.

"We can of course guarantee the safety of all visitors, all tourists in hotels, in all the main tourist spots," he said at the same press conference as Michel.

A special phone line has been set up to respond to visitors' questions and there are webcams at key sites so tourists can go online and "see for themselves that everything is fine", he added.

Hopes are high that Sunday's reopening of Brussels airport -- whose departure hall was wrecked in the blasts -- will help bring back the tourists.

For staff at the quirky Atomium, a huge nine-sphered structure offering panoramic views, a return to business as usual can't come soon enough.

A second metal detector has been installed to help visitors feel safe.

"Last week, 98 percent of my group bookings were cancelled," said Yvonne Boodts, who organises guided tours of the monument. "I have never seen anything like it."