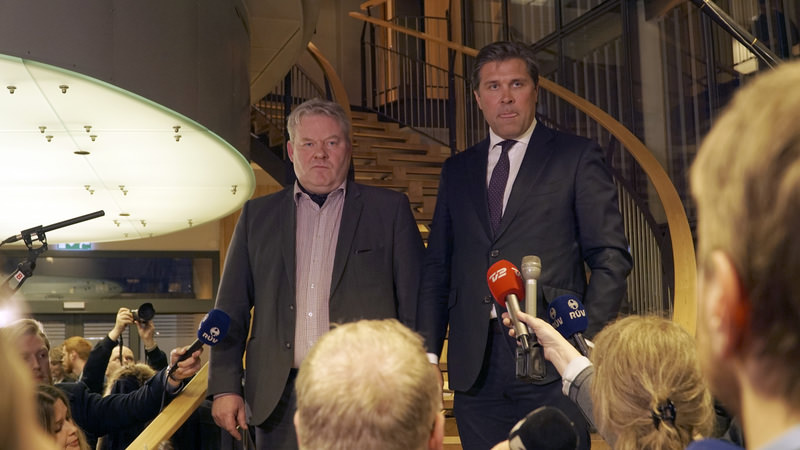 Iceland's fisheries minister emerged from the president's residence Thursday and announced he has become the island nation's new prime minister after days of political turmoil.

Sigurdur Ingi Johannsson told reporters that he had secured President Olafur Ragnar Grimsson's formal backing after his predecessor resigned because of embarrassing links to an offshore account.

"This is a good thing" that will allow the center-right governing coalition to continue its policies, he said.

"This is of course an exciting opportunity, but it's under bizarre circumstances," said Johannsson, a 53-year-old who has combined his work as a veterinarian with his political career. "It is me as prime minister, but it's important to be humble. It is a big task ahead to boost the confidence in politics and politicians. "

Johannsson said he doesn't think the offshore accounts scandal brought on by a massive leak of financial documents held by a Panamanian law firm has damaged Iceland's reputation.

"We have been in bad cases before and we got through it," he said.

But his coalition faces a stiff challenge in parliament from opposition parties that are demanding an immediate election.

The opposition introduced a no-confidence measure Monday aimed at then-Prime Minister Sigmundur David Gunnlaugsson, who has since resigned, but now propose a vote against the entire coalition government.

Gunnlaugsson has denied doing anything illegal and said he and his wife also linked to the offshore account paid all their taxes. He plans to remain in parliament and keep his post as party chairman.

A small group of protesters gathered outside the president's residence Thursday while the new prime minister and other Cabinet ministers were inside but there was no sign of the rousing protests held in Reykjavik for the last three days.