Putin says Panama Papers part of US plot against Russia 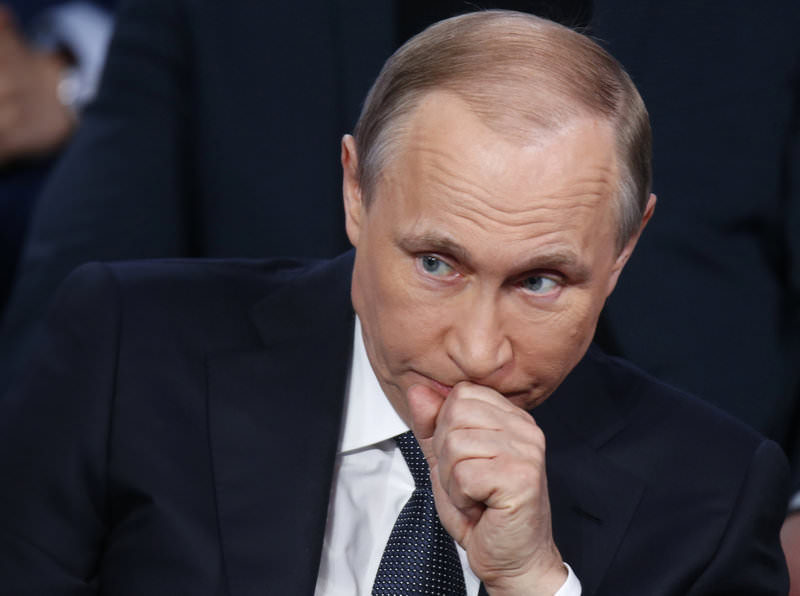 by Associated Press Apr 07, 2016 12:00 am
President Vladimir Putin on Thursday denied having any links to offshore accounts and described the Panama Papers document leaks scandal as part of a U.S.-led plot to weaken Russia.

Putin also defended a cellist friend named as the alleged owner of an offshore company, describing him as a philanthropist who spent his own funds to buy rare musical instruments for Russian state collections.

Speaking at a media forum in St. Petersburg, Putin said Western media pushed the claims of his involvement in offshore businesses even though his name didn't feature in any of the documents leaked from a Panamanian law firm.

Putin described the allegations as part of the U.S.-led disinformation campaign waged against Russia in order to weaken its government. "They are trying to destabilize us from within in order to make us more compliant," he said.

The Washington-based International Consortium of Investigative Journalists said the documents it obtained indicated that Russian cellist Sergei Roldugin acted as a front man for a network of Putin loyalists, and, perhaps, the president himself.

The ICIJ said the documents show how complex offshore financial deals channeled as much as $2 billion to a network of people linked to the Russian president.

Putin said Roldugin, a longtime friend, did nothing wrong. He said he was proud of Roldugin, adding that the musician spent his personal money to advance cultural projects.

Roldugin used the money he earned as a minority shareholder of a Russian company to buy rare musical instruments abroad and hand them over to the Russian state, Putin said.

"Without publicizing himself, he also has worked to organize concerts, promote Russian culture abroad and effectively paid his own money for that," Putin added. "The more people like him we have, the better. And I'm proud to have friends like him."

Putin contended that Washington has fanned allegations of Russian official corruption in order to weaken Moscow as the U.S. has become concerned about Russia's growing economic and military might.

"The events in Syria have demonstrated Russia's capability to solve problems far away from its borders," he said, adding that Moscow has achieved its goal "to strengthen the Syrian statehood, its legitimate government bodies."

Putin said it's essential to prevent the collapse of the Syrian state to stem the flow of refugees to Europe.
Last Update: Apr 07, 2016 8:04 pm
RELATED TOPICS