Germany releases 2 Daesh terrorist suspects due to lack of evidence 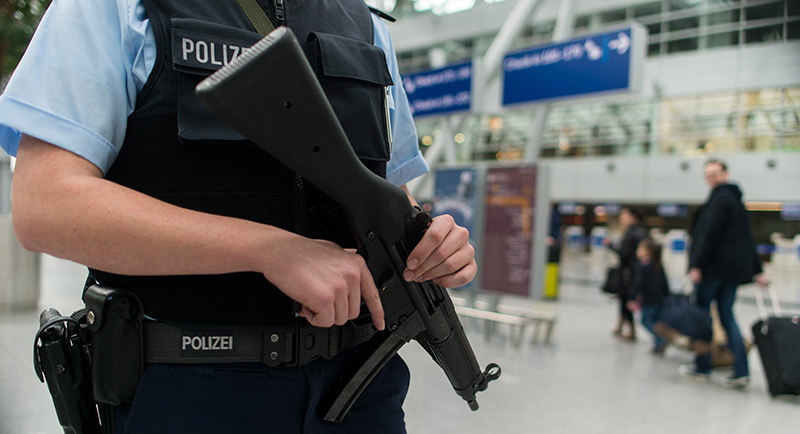 | EPA Photo
by Compiled from Wire Services Apr 08, 2016 12:00 am
Two men who were detained in Germany on suspicion of having links with Daesh and of planning a "serious act of violence" have been released, Bavaria's office of criminal investigation said on Friday.

German police held the 46-year-old Iraqi and a 29-year-old Nigerian on Thursday after receiving a tip off. Security sources had provided information that both could have been in contact with members of the Daesh terrorist group.

"During the course of comprehensive investigations, the criminal charge of planning a serious act of violent subversion could not yet be further corroborated or confirmed," Bavaria's criminal investigation office said in a statement.

Munich's police force came under fire earlier this year for its decision to evacuate two train stations on New Year's Eve based on a terrorist tip-off.

Several weeks later, it emerged that an investigation into the threat had been abandoned after police and prosecutors failed to link the names of terrorists given by a witness to actual people.

It added that neither searches of the men's homes or rooms nor questioning had given any such clues.

It did not mention the possible Daesh links in its statement.

Security in European countries has been intensified since attacks claimed by Daesh that killed 31 people in Brussels in March and 130 in Paris in November.
Daesh released a video on Tuesday suggesting it might carry out further attacks in the West, naming London, Berlin and Rome as possible targets.
Last Update: Apr 08, 2016 4:17 pm
RELATED TOPICS