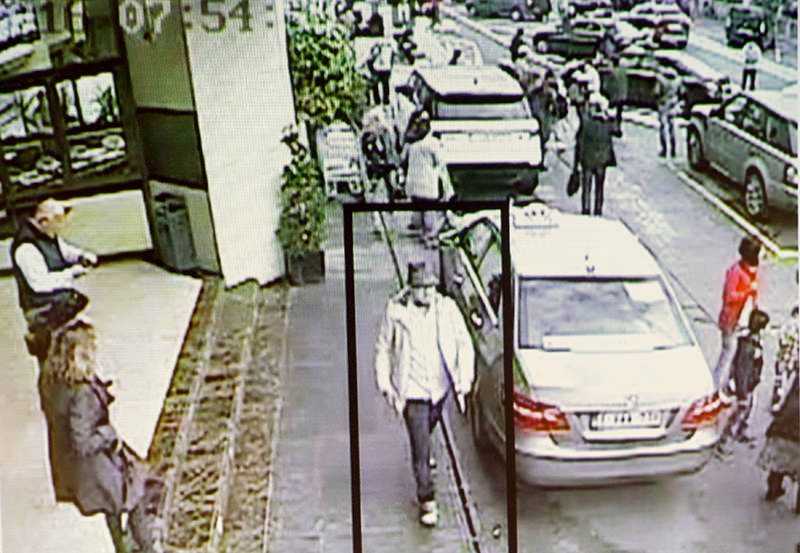 A suspect in the attack which took place at the Brussels international airport of Zaventem, is seen in this CCTV image made available by Belgian Police on April 7, 2016. (REUTERS Photo)
by Apr 08, 2016 12:00 am

Mohamed Abrini, wanted over November's Daesh attacks in Paris, has been arrested in Brussels, Belgian public broadcaster VRT said on Friday, adding that he was probably involved in last month's Brussels bombings.

Public prosecutors confirmed in a brief statement only that police had made several arrests related to the Brussels attacks.

Abrini, a 31-year-old Belgian, was "more than likely" the "man in the hat" seen on security camera footage at Brussels airport on March 22 with two suicide bombers, VRT said, citing unidentified sources. A second suspect, believed to have been seen with a third suicide bomber on the metro, was also held.

VRT named the second man as Osama Krayem. It gave no other detail and officials could not be reached for immediate comment.

Abrini has been on Europe's most wanted list since being identified on CCTV video in a car with Salah Abdeslam, the recently arrested prime surviving Paris suspect, two days before the Nov. 13 attacks in the French capital.

The "man in the hat" left the airport shortly after the twin suicide bombing and was tracked on CCTV for several miles into the city center. On Thursday, investigators released new video footage of him and urged people to look for his discarded coat.

Wearing glasses and a hat, he had been very difficult to identify from the footage showing him pushing a laden luggage trolley alongside the two men who would blow themselves up with similar explosive bags. A third bomb was later found abandoned at the airport.

Abdeslam was arrested in Brussels two weeks ago, four days before Daesh suicide bombers struck in the city.