Russia urges for negotiations over conflict in occupied Karabakh 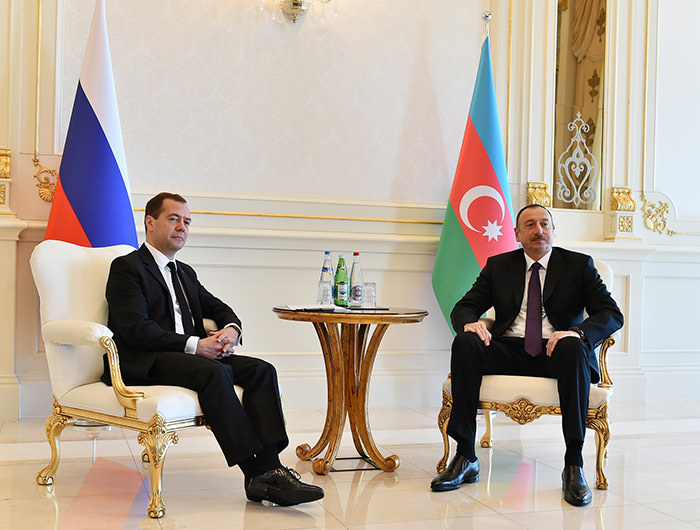 Speaking at a news conference in Azerbaijan capital Baku with President Ilham Aliyev, Medvedev both sides should relinquish some of their demands to ensure a permanent peace.

"There is no solution except peace and negotiations," he told reporters. "We support the latest cease-fire. Both sides ought to approach each other. Conflicts do not result in clear victories by one side over the other and dissolving conflict and establishing peace are always difficult."

The sporadic border skirmishes that have broken out since a peace deal was signed between Azerbaijan and ethnic Armenian separatists in 1994 escalated a week ago, resulting in the deaths of more than 270 military personnel, according to Azerbaijan's Defense Ministry.

Occupied Karabakh has been the focus of conflict between Azerbaijan and Armenia since the break-up of the Soviet Union.

A cease-fire has been declared following the latest violence.

"Azerbaijan strictly observes the cease-fire and we hope that Armenia will do the same," Aliyev said. "Azerbaijan adheres to the negotiations process which has been underway for over 20 years already. We just defended our positions, protected the peaceful life of our citizens."