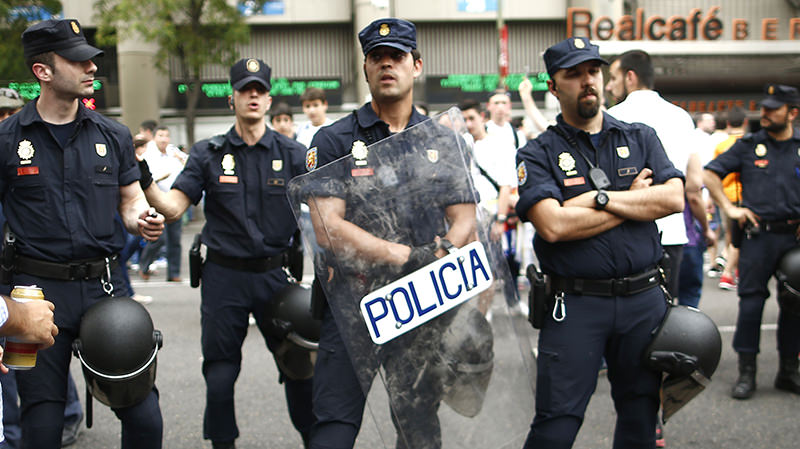 A Basque magazine said Friday one of its photographers has been fined under Spain's so-called "gag law" for posting photographs of police making an arrest.

Argia magazine said Axier Lopez was fined 601 euros ($680) for uploading photographs to his Twitter account last month of police arresting a woman who had failed to appear in court.

The magazine published part of the Interior Ministry notification that said the fine was for publishing photographs "without authorization" and putting the officers at risk because they could be identified publicly.

No one was immediately available at the ministry for comment.

The Spanish Federation of Journalist Associations condemned the fine. It said it was the second known case of a journalist being assessed a fine, though in the first case last month the fine was withdrawn.

Lopez said he and the magazine had agreed not to pay the latest fine.

The conservative government's 2015 Public Security Law, dubbed the "gag law," has been criticized by opposition parties, United Nations experts and journalists' and rights groups, who say it curtails free assembly and expression. Opposition parties say they will ditch the law if they get into government.

The measure was drawn up following a wave of anti-government protests in 2012 as Spain was in the throes of the financial crisis.