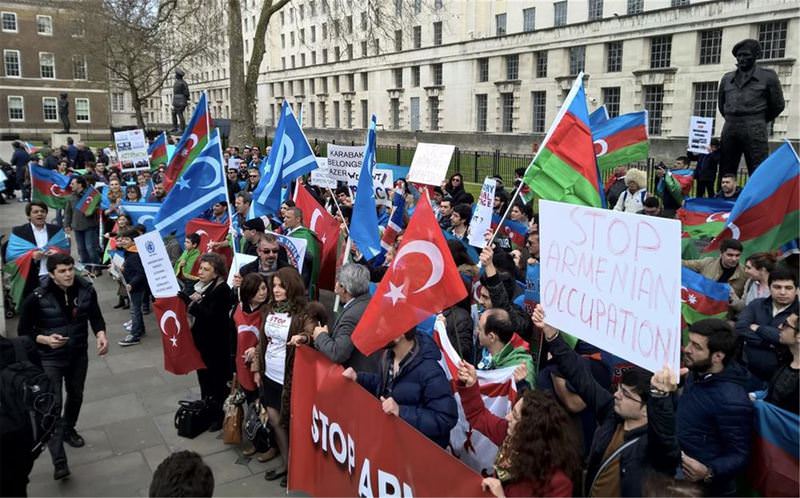 Around 100 Azerbaijani demonstrators marched in London on Sunday to protest against "Armenian aggression" during recent clashes over occupied Karabakh.

"It is crucial that the international community and Britain, as a part of it, show their support for the just Azerbaijani cause and place sanctions on Armenia until they implement the four outstanding UN Security Council resolutions that have been on the table for 22 years," the European Azerbaijani Society said in a statement. 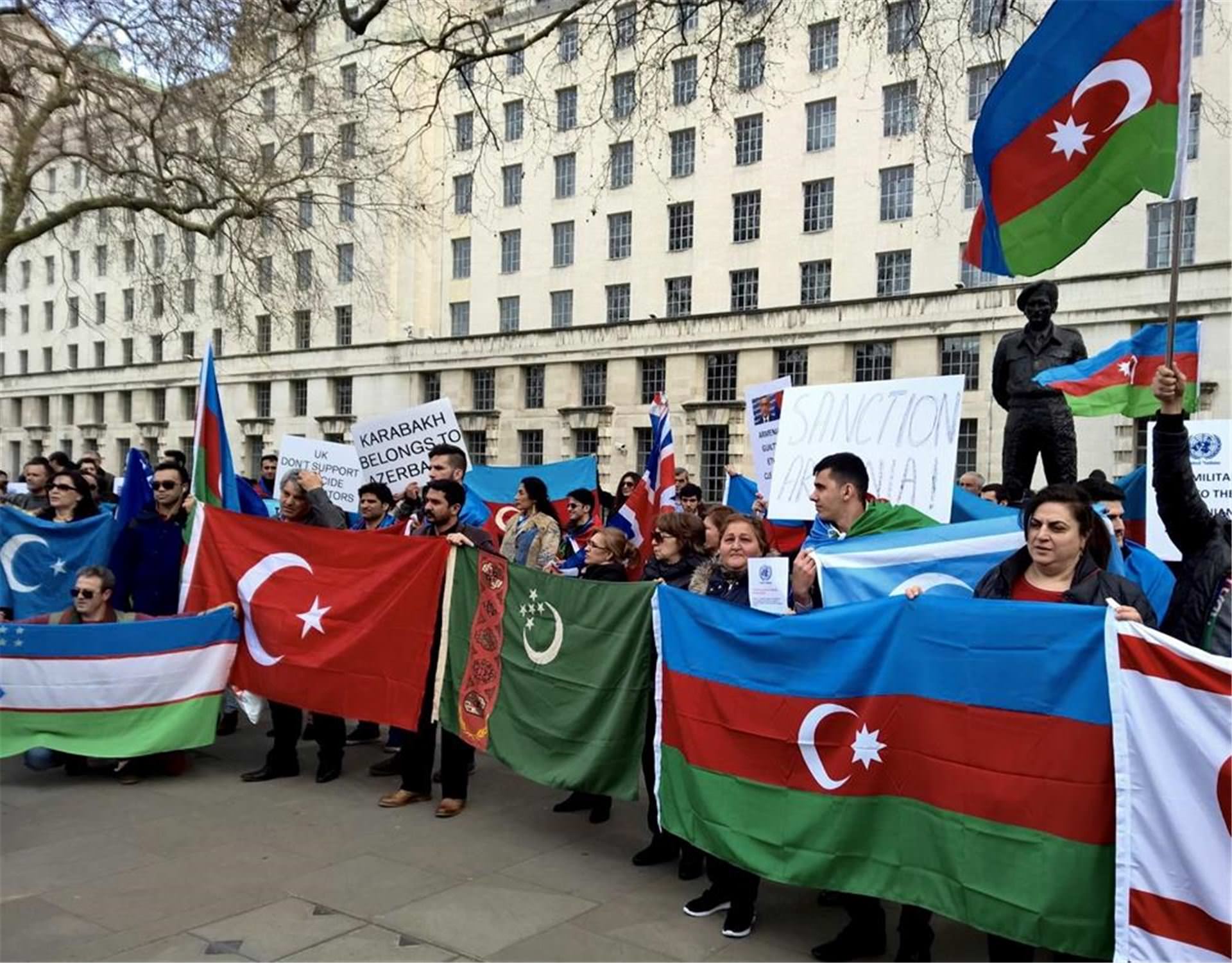 Protestors carrying Turkish and Azerbaijani flags marched from Trafalgar Square to Downing Street, where the prime minister's office and residence is located.

Fighting between Azerbaijani troops and ethnic Armenian forces on the borders of occupied Karabakh resulted in the deaths of more than 270 military personnel, according to Azerbaijan's Defense Ministry. 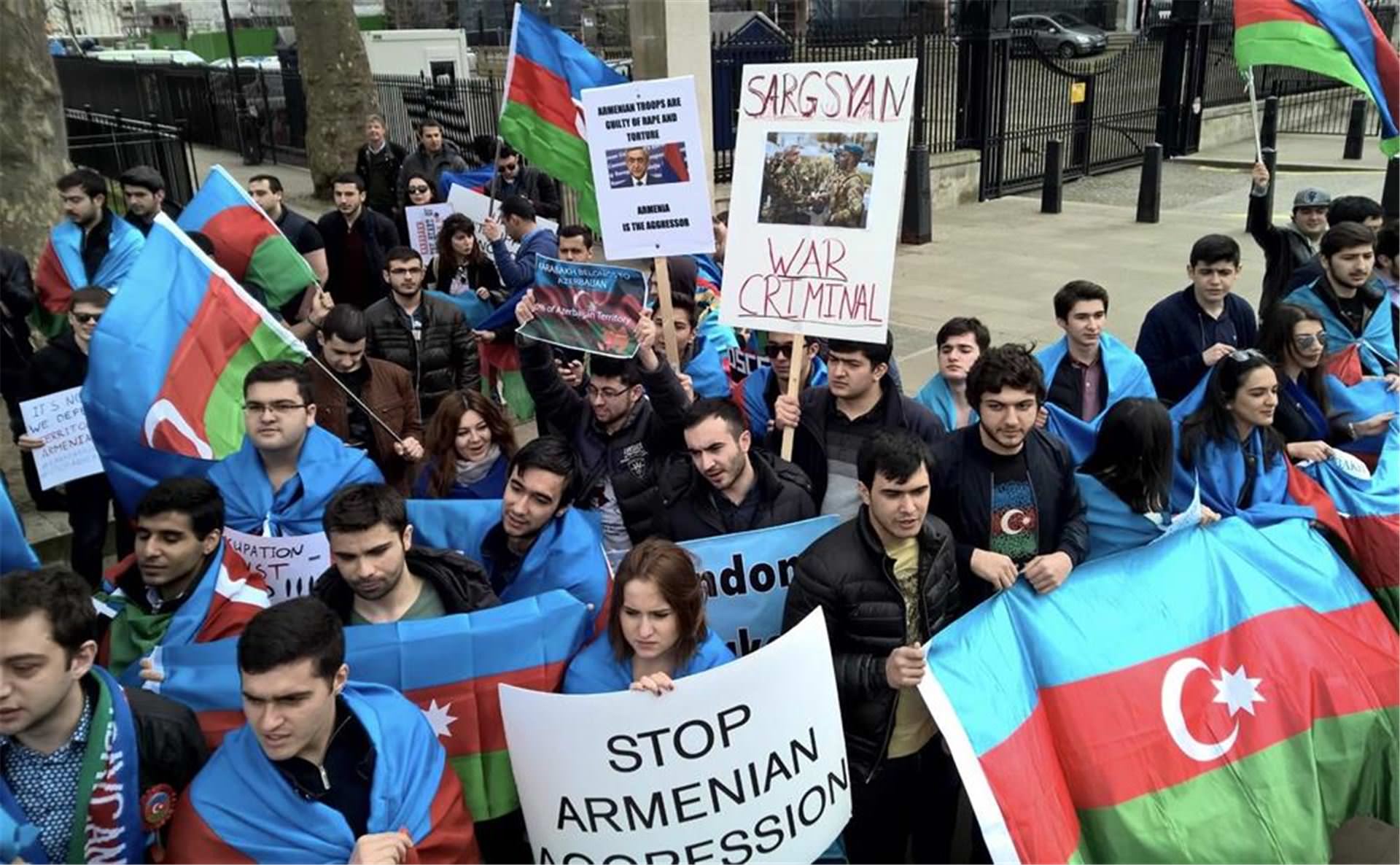