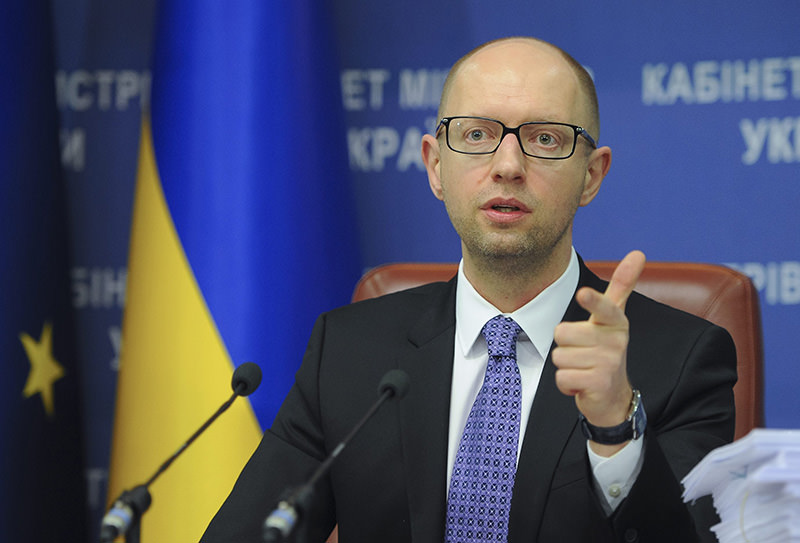 Ukraine's embattled prime minister announced Sunday that he is resigning, opening the way for the formation of a new government to end a drawn-out political crisis.

In his weekly televised address, Arseniy Yatsenyuk said his resignation would be formally submitted to parliament on Tuesday.

Yatsenyuk's Cabinet survived a no-confidence vote in February, but two parties left the governing coalition to protest the failure to oust the prime minister, who is under fire over the worsening economy and slow pace of reforms.

The withdrawal deprived the coalition of its majority in the Ukrainian parliament. If lawmakers fail to form a new coalition and unite behind a new prime minister, that may lead to early elections, which President Petro Poroshenko has sought to avoid for fear of further destabilizing the situation in the country.

"From today I see my goals as broader than the powers of the head of the government," Yatsenyuk said. He said he would focus on passing a new electoral law, enacting constitutional and judicial reform, and ensuring "the coalition's control over the course of a new government.

"I have taken the decision to resign as prime minister of Ukraine. On Tuesday, April 12 my request will be submitted to the parliament," Yatsenyuk wrote on Twitter.

Yatsenyuk, who has held the office since February 2014, wrote that new government should be formed immediately in order to avoid "destabilization of [the] executive branch during a war."

Kiev was plunged in political uncertainty in February when the pro-Western coalition lost its legislative majority in parliament, prompting fears of further instability as Ukraine continues to grapple with the conflict with pro-Russian rebels in its eastern regions.