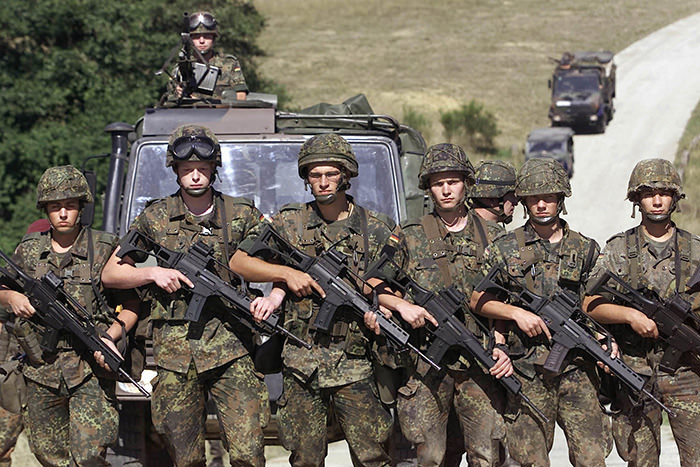 At least 29 German soldiers have traveled to Syria or Iraq to fight alongside extremist groups including Daesh, according to the country's Military Counterintelligence Agency (MAD).

The German Defense Ministry is preparing a draft law to combat the recruitment of extremists into the German Federal Defense Forces (Bundeswehr) amid fears the military could be infiltrated by militants seeking weapons training for use in fighting for extremist groups such as Daesh.

The draft law, set to be presented to the government later this month, foresees background checks on all potential recruits. There are currently no prior checks for soldiers, except for on those seeking to work with classified documents or in sensitive areas.

Since 2007, the military has identified 22 soldiers as extremists, all of whom have either been fired or left the military of their own accord.

The overall figure has increased by four cases since the first report was revealed about extremists in the military in 2015, The Local reported yesterday.

"Like all armies, the Bundeswehr can be attractive to extremists seeking weapons training," said Hans-Peter Bartels, the parliamentary commissioner for the armed forces, adding that extremists in the German military pose "a real danger that needs to be taken seriously."

Bartels said that he was not currently aware of systematic efforts by extremist militant organizations to infiltrate the Bundeswehr.

Germany is one of several European countries concerned about its citizens joining extremist insurgencies in other countries and later posing a security risk at home.
Last Update: Apr 12, 2016 3:22 pm
RELATED TOPICS