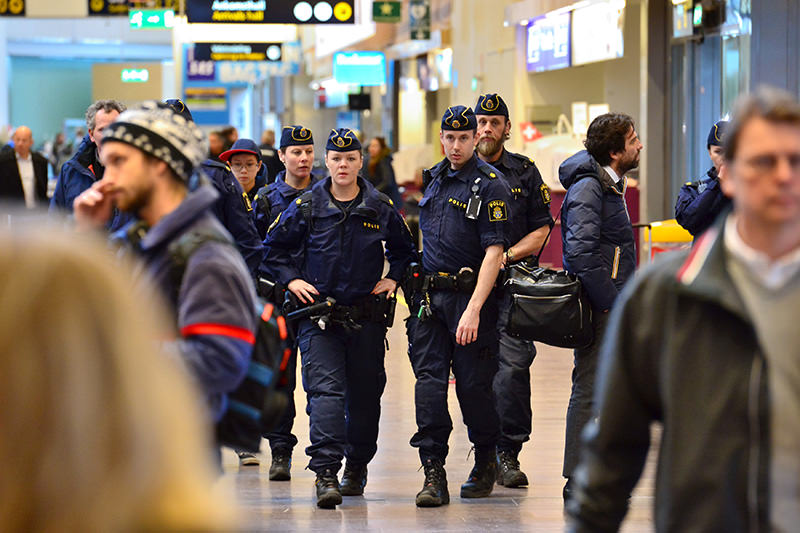 Swedish police on Wednesday arrested a Turkish national who is wanted by Germany on suspicion of being a senior member of the PKK terror organization, officials said.

The man was arrested around 0630 GMT at Arlanda airport, the country's largest, near Stockholm.

"The person in question is accused of being a member of a foreign terrorist group, namely the PKK," a spokeswoman for Germany's Chief Federal Prosecutor told Reuters.

She added the suspect was a Turkish citizen, suspected of being one of the PKK's so-called regional heads in Germany between July 2012 and July 2014.

The PKK is considered a terrorist organization by Turkey, the European Union and the United States.

Thousands of terrorists and hundreds of civilians and soldiers have been killed since the PKK (Kurdistan Workers' Party) resumed its fight for greater autonomy last summer, wrecking a two and a half year ceasefire and peace process.

Germany is home to about 3 million people of Turkish origin. Roughly one in four are ethnic Kurds who came to Germany to work in the 1960s and 70s, or as refugees fleeing violence in the 1980s and 90s.

As Germany scrambles to contain a diplomatic row with Turkey over a comedian's defamation of President Recep Tayyip Erdoğan, officials are growing worried about another byproduct of their migrant pact with Ankara: an upsurge in violence between nationalist Turks and militant Kurds on German soil.

Earlier on Wednesday, Senior Public Prosecutor Ronnie Jacobsson told the AP that German police had issued an international arrest warrant for the suspect detained at the airport. Jacobsson said the man born in 1980 was in transit and heading for another destination.

Turkish Doğan and İhlas news agencies reported that the man was detained at passport control point of the airport as he was on his way to board a Turkish Airlines plane.