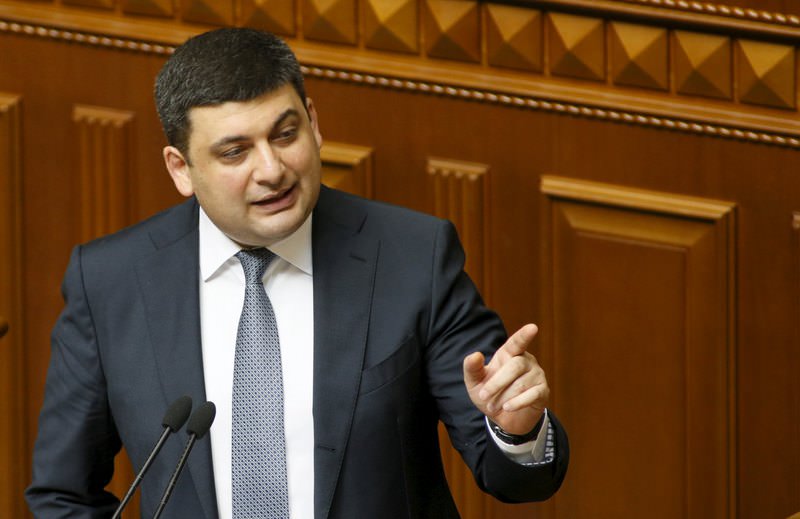 Lawmakers voted by 257 to 50 to approve the resignation of Prime Minister Arseniy Yatsenyuk -- condemned by President Petro Poroshenko for losing the public's trust -- and select Groysman in the first cabinet overhaul since Ukraine's 2014 pro-EU revolt.

"I understand my responsiblities," the 38-year-old told deputies shortly before the vote.

"I understand that we are living through a very difficult time in which we must demonstrate effectiveness and poltical will so that we can lead the country out of crisis and accelerate and improve the quality of our European reforms."

He further vowed to "ensure the permenance of our course toward European integration".

Groysman, a lawyer by training, is a Poroshenko protege who has gained stature by keeping the notoriously rowdy parliament -- prone to ugly brawls -- in relative peace.

He has also pronounced himself strongly committed to the belt-tightening measures prescribed by the International Monetary Fund when it approved a $17.5-billion (15.4-billion-euro) rescue package for Ukraine in March 2014.

But some economists worry that the mild-mannered Groysman may lack the toughness needed to stand up to a handful of tycoons who have dominated Ukrainian politics and made the east European nation into a breeding ground for graft.

The new government may draw further concern of investors because it will not feature the respected US-born Finance Minister Natalie Jaresko or two other foreign technocrats Poroshenko enlisted in December 2014 to help stem Ukraine's economic nosedive.

He won renown immediate for his scathing criticism of Russia during its March 2014 annexation of Crimea and the pro-Moscow eastern insurgency that broke out a few weeks later.

Russia denies charges by Ukraine and its Western allies of stirring and backing a war that has claimed nearly 9,200 lives in order to keep the new Kiev government off-balance and retain lasting influence over its western neighbour.

But Yatsenyuk saw his party's approval plunge to around two percent due to a broad public perception that he was working in tandem with the very oligarchs who had enjoy enormous clout under previous administrations and whom he had vowed to fight.

Yatsenyuk announced his resignation on Sunday, almost two months after surviving a no-confidence vote in parliament.