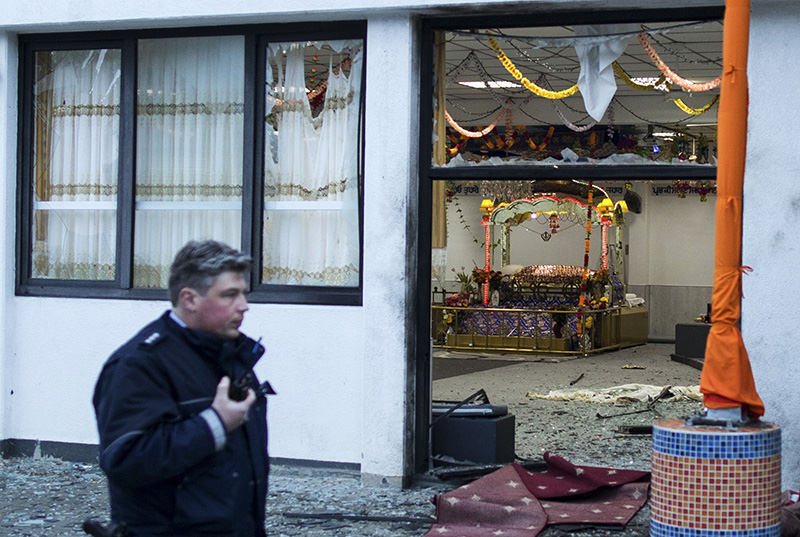 by Associated Press Apr 16, 2016 12:00 am
German police say three people have been injured in an apparently deliberate explosion at a Sikh temple in the western city of Essen.

A spokesman for Essen police told The Associated Press that a masked person is reported to have fled the scene shortly after the blast at 7 p.m. Saturday (1700 GMT). Spokesman Lars Lindemann said the explosion was "quite violent," blowing out several windows. One of the injured was said to be in a serious condition.

Lindemann says police are working on the assumption that the explosion was caused deliberately but that there are no indications it was a terrorist incident. He says the temple had hosted a wedding earlier in the day and those injured are believed to have been among the guests.
Last Update: Apr 17, 2016 4:21 pm
RELATED TOPICS