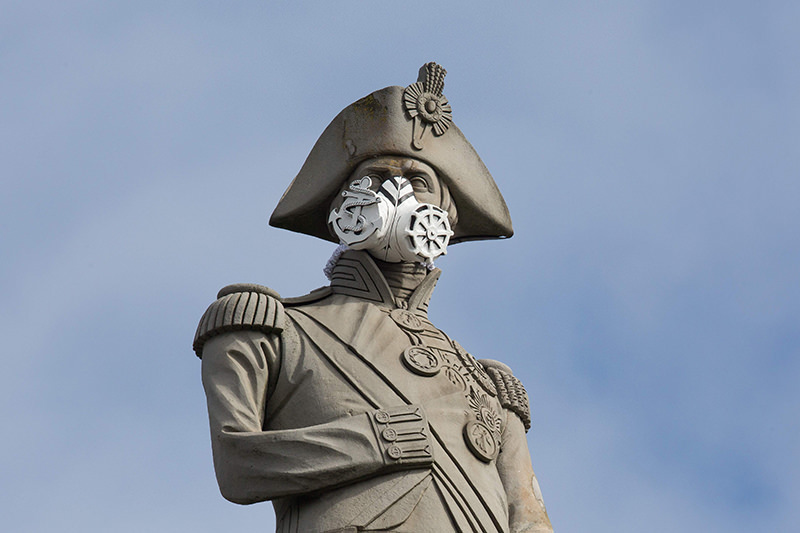 British environmental activists put face masks on famous statues across London on Monday including the one of Horatio Nelson on Trafalgar Square to draw attention to the problem of air pollution.

Two Greenpeace campaigners scaled the 52-metre (171-foot) high Nelson's Column in the early hours of Monday to put a mask on the famous naval commander.

Masks were put on 17 statues, including Queen Victoria near Buckingham Palace, Eros at Piccadilly Circus and Winston Churchill outside parliament.

A parliament spokeswoman confirmed there had been "a minor security incident on the parliamentary estate" which was being dealt with by the police. 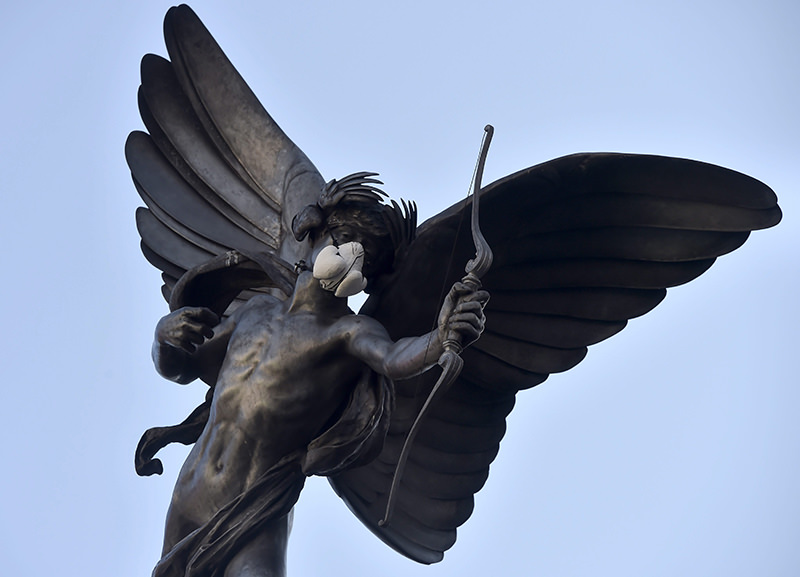 Greenpeace said it aimed to highlight the health risks caused by the city's poor air quality.

"Monitoring shows that, if these statues were real people, many of them would often be breathing dangerous, illegal air," campaigner Areeba Hamid said.

"That's why we've given them face masks. Of course many millions of Londoners, including kids, are breathing that same air," he said.

London has some of the highest levels of nitrogen dioxide in Europe and Britain has been ordered to reduce pollution by the European Commission.

Nearly 10,000 Londoners die prematurely every year as a result of air pollution, according to calculations by King's College London.

On May 5, the city goes to the polls on May 5 to elect a new mayor to replace Boris Johnson and both the main candidates -- Labour's Sadiq Kahn and Conservative Zac Goldsmith -- have promised environmental action.

"Kitting everyone out with face masks is not the solution. Instead we need to see real political action from the new mayor," Hamid said.

The current proposal for an ultra low emission zone, which comes into force in 2020, offers protection to residents and commuters only in central London.

Greenpeace has asked for the area to be expanded.