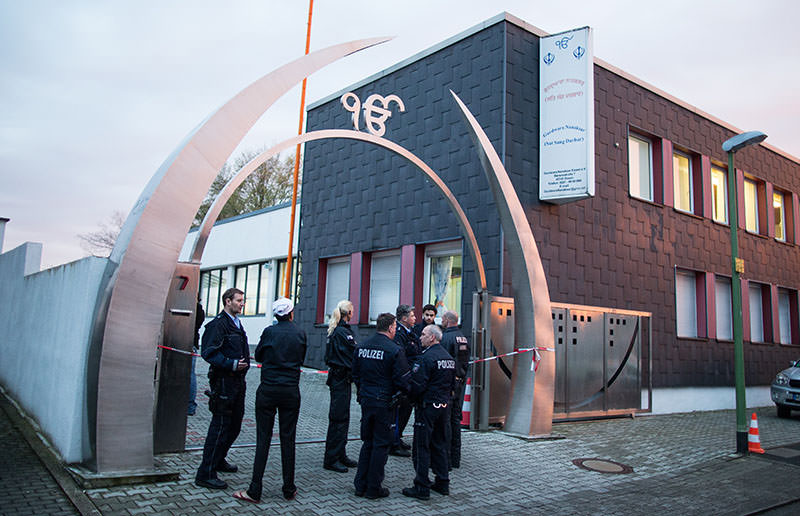 Police in the western German city of Essen on Tuesday released photographs of two men they are seeking in connection with a bomb blast at a Sikh temple.

About 200 guests were at the temple for a wedding on Saturday when an explosive device went off in the prayer room, injuring three people, one of whom is in a serious condition.

Investigators are now offering a reward of up to 5,000 euros (5,690 dollars) for information that could lead them to the suspects, who have been identified as two men thought to be between 20 and 30 years old.

Police discovered the remains of a rucksack at the scene and a balaclava presumably worn by one of the culprits.

Authorities did not give details on a possible motive. "We have neither evidence of a terrorist attack nor of a racially motivated one," a spokeswoman said on Monday.

There are 200 members of the Sikh community in Essen, which is the largest in the state of North Rhine-Westphalia. An estimated 15,000 Sikhs live in Germany.