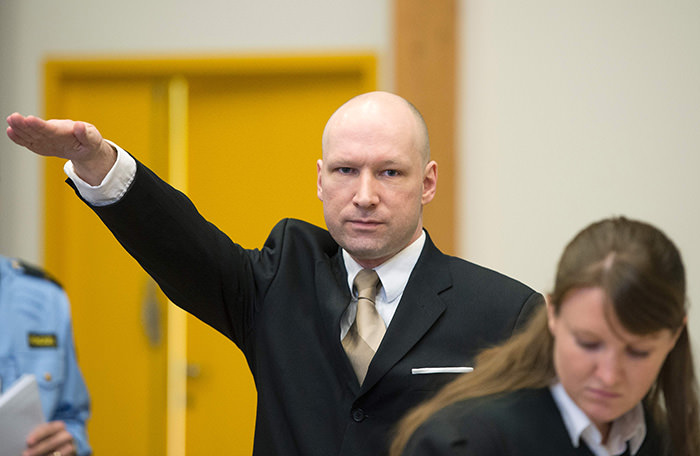 A Norwegian court ruled on Wednesday in favour of mass murderer Anders Behring Breivik in his lawsuit against the Norwegian state over his "inhuman" prison conditions.

"The court... has concluded that the prison conditions constitute inhuman treatment," the Oslo district court said, noting that the rightwing extremist had been held in isolation for almost five years. The judge ruled however that his right to correspondence had not been violated.

Breivik killed eight people with a bomb in Oslo on July 22, 2011, and gunned down 69 others on an island nearby, many of them teenagers and was was convicted of mass murder, causing a fatal explosion, and terrorism. He is serving Norway's maximum sentence of 21 years, which can be extended.

In prison he has a three-room cell with a television and a computer but no Internet access. He is allowed out into a yard for exercise. He only meets guards and medical personnel - even Storrvik has to speak to him through glass.