Swedish politician resigns after refusing to shake hands with women 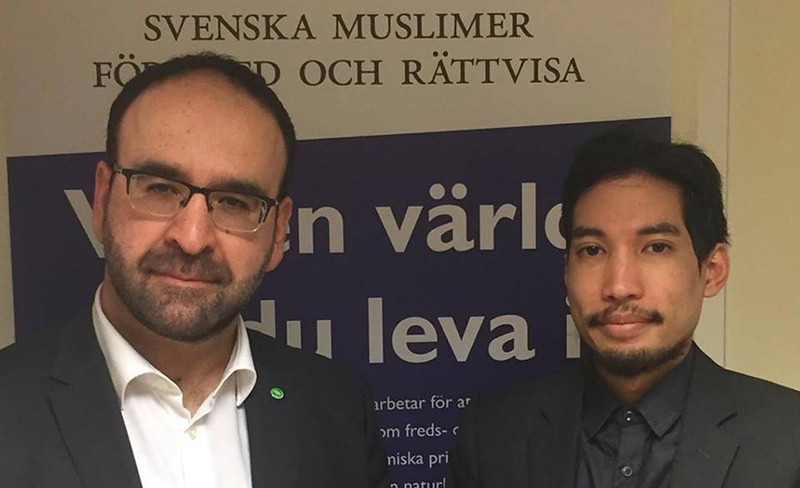 A Swedish Green Party politician, who refused to shake hands with a female reporter on grounds that it violated his Muslim faith, announced on Wednesday that he was quitting politics.

Yasri Khan is the second Muslim Green Party politician to resign in acrimony this week.

During an interview with a female reporter from TV4 on Tuesday, Khan placed his hand over his heart instead of shaking her hand in greeting.

"People can greet each other in different ways. The most important thing is to show respect by seeing each other, to meet each other ... to respect each other," Khan said during an interview with state broadcaster Swedish Radio.

Khan, also the general secretary of the organization Swedish Muslims for Peace and Justice, has faced strong criticism from within his party since the incident.

"It is unacceptable. You can't have a man in the party who can't greet women in the same way you greet a man. I'm upset," Stina Bergstrom, a Green Party parliamentarian, told Swedish tabloid Aftonbladet.

In an article published by the news website Nyheter24, Khan lashed out at his critics but did not specifically say why he was resigning.

"In today's political climate, I wonder if politics is right for me, and if I want to be a media circus clown," he said.

Earlier this week, former housing minister Mehmet Kaplan, a Swedish of Turkish origin, resigned from government after media published old footage of him criticizing Israel's policies towards Palestinians, comparing it with Nazi Germany.

The former Green Party minister said there were "similarities" between the persecution of Jews by Nazi Germany and the everyday lives of Palestinians.