‘US needs you in EU,’ Obama tells British voters 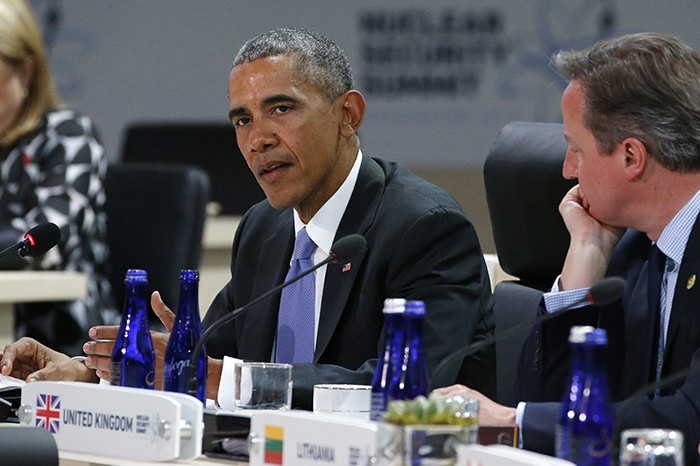 "The United States sees how your powerful voice in Europe ensures that Europe takes a strong stance in the world, and keeps the EU open, outward looking, and closely linked to its allies on the other side of the Atlantic," Obama, who arrived in London late Thursday, told The Telegraph newspaper. "So, the U.S. and the world need your outsized influence to continue – including within Europe," he said.

Britons will go to the polls on June 23 for a referendum on whether to stay in or leave the EU, with British Prime Minister David Cameron leading efforts for the country to remain in the bloc.

In The Telegraph, Obama stressed the EU's role in pursuing a nuclear deal with Iran and the Paris climate agreement, also addressing the key economic debate for and against a Brexit. "When it comes to creating jobs, trade, and economic growth in line with our values, the UK has benefited from its membership in the EU," he wrote. He said that in the end, however, the vote was "a matter for British voters to decide for themselves. A controversy over Obama's reiteration of his opposition to a British exit from the EU, or Brexit, had begun before his arrival."

When asked in parliament on Wednesday about Obama's expected intervention, Cameron said he believed "we should listen to advice from friends and other countries."
Last Update: Apr 22, 2016 2:33 pm
RELATED TOPICS