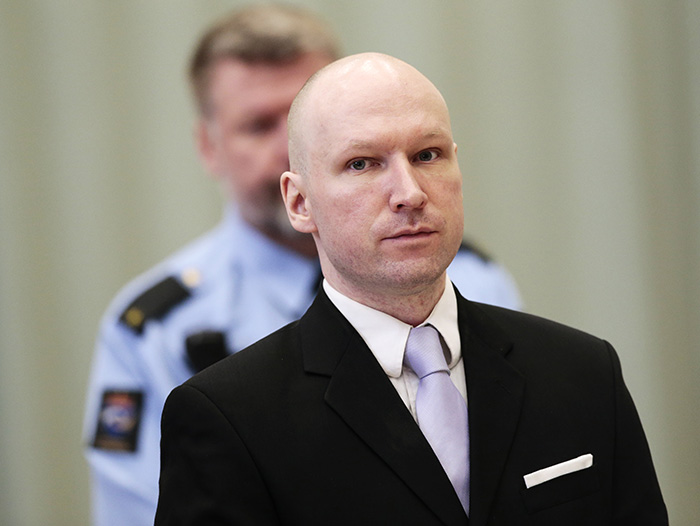 The Norwegian Justice Ministry said Tuesday it will appeal a court ruling that partially upheld the claims of mass killer Anders Behring Breivik that he is subjected to prison conditions that violate his human rights.

The main argument was that the conditions Breivik was serving his sentence under did not constitute "inhumane or degrading treatment," the minister said.

Both the state - and Breivik's lawyer - had one month to appeal the April 20 ruling.

In its ruling, the Oslo court said that the terms "represent an infringement of article three of the human rights convention," referring to law against inhumane treatment.

Breivik's lawyer Oystein Storrvik said last week they would not appeal since the ruling "supported what mattered to us - that his [Breivik's] isolation is a violation of his rights."

The Norwegian right-wing extremist, who killed 77 people in 2011, had sued the state and prison authorities over restrictions he faces while serving his 21-year prison sentence for the attacks, considered the worst acts of violence in Norway since World War II.

He cited that five years of strip searches, censored mail and isolation in prison amount to "inhumane" treatment.

The court ruled in favour of Breivik over his complaints about time spent in isolation, the conditions and his limited ability to complain.

The initial hearing, held a month ago at Skien prison, south of Oslo, was the first time Breivik was seen in public since his 2012 trial.

At the hearing, the state's attorneys argued that the stringent prison conditions were necessary as Breivik still poses a threat to society and visitors, citing testimony from prison wardens and a psychiatrist.

Breivik said the aim of his attacks was to punish the Labour Party, then in office, over its failure to stem the flow of Muslim immigrants to the country.