Sweden on alert for Daesh terrorist attack in capital 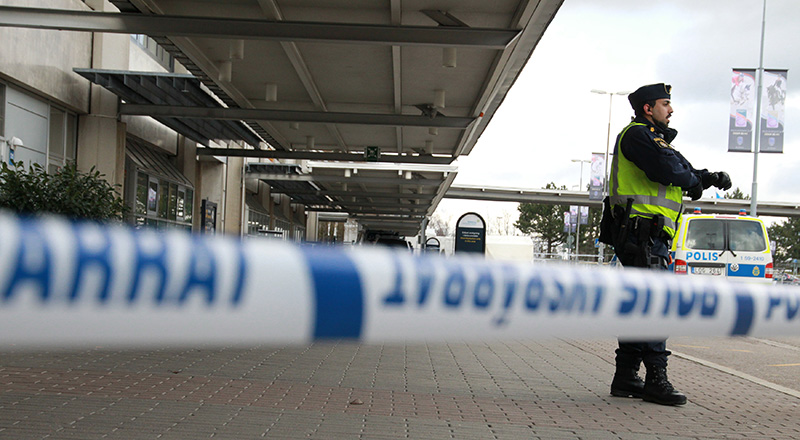 A police officer guards the cornered off domestic flight terminal at the Landvetter airport near Gothenburg, Sweden March 31, 2016 (Reuters Photo)
by Apr 26, 2016 12:00 am
Sweden has received intelligence about a possible attack on the capital by Daesh militants, local media reported on Tuesday, and security services said they were investigating undisclosed "information."

Newspapers Aftonbladet and Expressen as well as public broadcaster Swedish Radio, citing unnamed sources, reported the information was related to the threat of an attack, possibly in the capital Stockholm.

A security police spokeswoman said she would not comment on any specific details of a threat, but said it was working with regular police as well as national and international partners.

"Security police are working intensively to assess received information, and it is of such a nature that our judgement is that we can not dismiss it," she said.

Sweden has not been hit by a large-scale terrorist attack, but a man is currently is awaiting a verdict for allegedly building a suicide bomb with the intent of staging an attack in Sweden. In 2010 a suicide bomber died when his bomb belt went off prematurely in central Stockholm.

Norwegian public broadcaster NRK reported Norwegian police were assessing whether or not the Norwegian royal family should proceed with a planned trip to Stockholm this weekend to celebrate the Swedish king's 70th birthday, given the supposed terror threat.