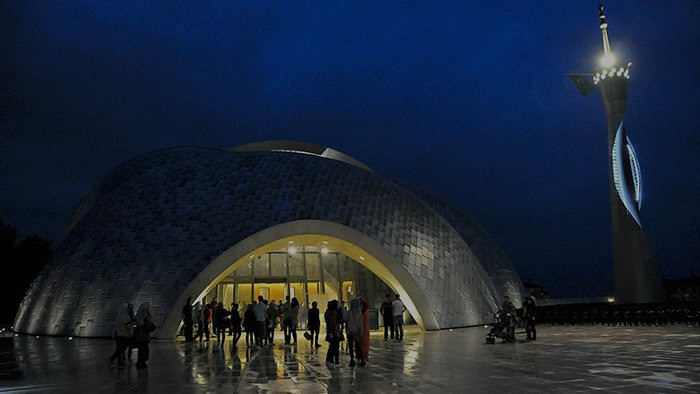 Croatia marks Wednesday the 100th anniversary of the country's recognition of Islam as an equal to other religions.

On April 27 1916, the Croatian-Slovenian Province of Austro-Hungarian Empire held a parliamentary session in which Islam was recognized as equal to Roman Catholicism and Orthodoxy.

The Croatian parliament will hold a special session Wednesday and numerous organizations will hold events in capital Zagreb to mark the day.

The European Islamic Society Conference will hold discussions on the current situation of Islam in Europe. The participants will include heads of states, ministers as well as religious leaders.

Turkish Director of Religious Affairs Mehmet Görmez is among the 20 representatives of various European states.

Islam was introduced to the region by the Ottoman Empire in the 15th century.

Roman Catholics represent 86 percent of the country's population, followed by Orthodox Christians at 4.4 percent and Muslims at 1.5 percent, i.e. about 63,000 people.

Croatia declared its independence during the breakup of Yugoslavia in 1991 and was internationally recognized in January 1992.

Since 2013, Croatia is a member of the European Union.