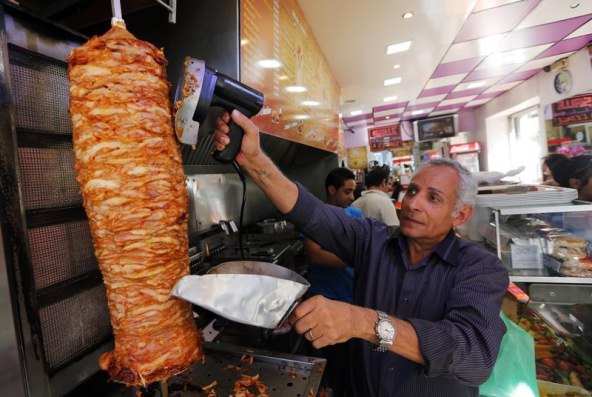 Claiming that the shawarma restaurants in the Russian capital "fail to meet hygiene standards," he said: "We are ridding the streets of all shawarma. It's going to disappear completely," in an interview aired by radio station Komsomolskaya Pravda.

Nemeryuk went on to say that the owners of shawarma-selling buffets had refused "to bear even the slightest cost of maintaining proper sanitation standards".

Nemeryuk later claimed in a TV broadcast that his comments had been "misinterpreted" and that he didn't call for a ban on all shawarma shops, but only one in particular.

Shawarma is a Lebanese origin Arab meat preparation resembling Turkish döner kebab, where lamb, chicken, turkey, beef, veal or mixed meats are placed on a spit (commonly a vertical spit in restaurants), and may be grilled for as long as a day. Shavings are cut off the block of meat for serving, and the remainder of the block of meat is kept heated on the rotating spit. Shawarma can be served on a plate (generally with accompaniments), or as a sandwich or wrap. Shawarma is usually eaten with tabbouleh, fattoush, taboon bread, tomato, and cucumber. Toppings include tahini, hummus, pickled turnips, and amba.