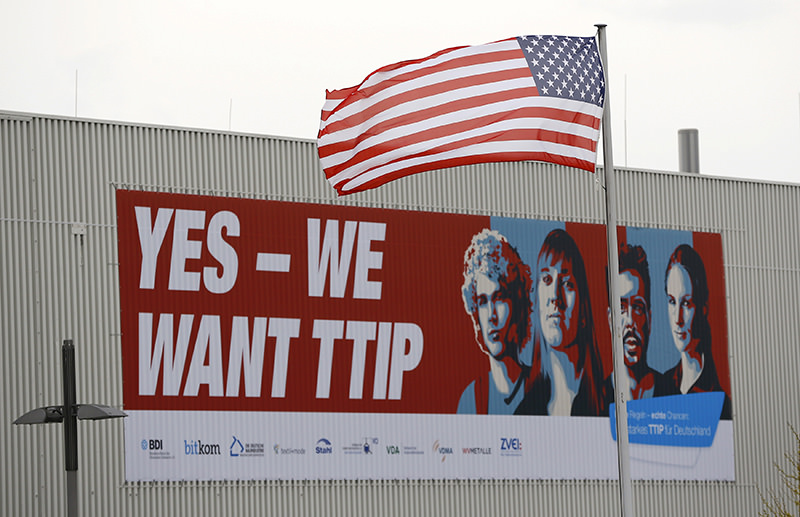 by May 02, 2016 12:00 am
The US government has pressured the European Union during negotiations on a joint trade deal to loosen environmental and consumer protections, German media reported based on leaked documents.

The environmental group Greenpeace, which provided the documents to the Sueddeutsche Zeitung and German broadcaster WDR and NDR, in advance of plans to broadly disseminate the 240 pages of Transatlantic Trade and Investment Partnership (TTIP) documents on Monday.

Washington has threatened to block efforts to ease exports of European cars if Europe does not agree to allow the sale of more US agricultural products, the newspaper said. The move would strike at EU consumer protections aimed at blocking genetically modified organisms (GMOs) and hormone-treated meat.

Greenpeace also said the deal would limit regulators' ability to take preventive measures, and charged that big business had been heavily involved in drafting the agreement, citing its previewing of the documents.

Negotiators from the United States and European Union said Friday after talks in New York that they remain hopeful that they can complete the TTIP trade agreement this year despite headwinds from popular opposition, the US elections and a British vote on leaving the EU.

TTIP has faced strong opposition from the public both in Europe and the US, where anti-free-trade rhetoric has gained prominence among candidates in both main political parties ahead of November elections.

President Barack Obama has made trade a key item on his agenda during his remaining months in office and pushed for the deal in Germany last week while attending an international trade show in Hanover alongside German Chancellor Angela Merkel.
Last Update: May 02, 2016 8:43 am
RELATED TOPICS