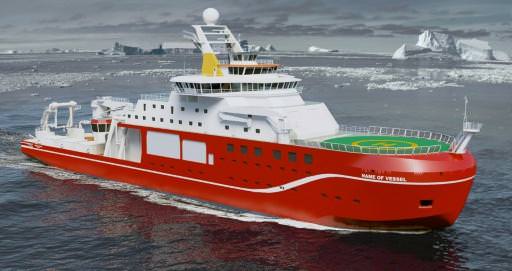 Britain will name a new polar research ship "Sir David Attenborough" despite a public vote which was in favour of the joke name "Boaty McBoatface".

Science Minister Jo Johnson said the Â£200 million (250 million euro, $290 million) 15,000 tonne vessel will be named after the veteran naturalist and broadcaster, but said the ship's yellow marine submarine will instead be called "Boaty McBoatface".

Both vessels will be used to collect data and samples from waters in the Arctic and Antarctic.

The furore erupted when the Natural Environment Research Council launched an online poll in March asking members of the public to choose a name for its new ship.

James Hand, who first made the "Boaty McBoatface" suggestion, apologised to the NERC on Twitter, saying: "I'm terribly sorry about all of this."

Announcing the decision, Johnson said the public had provided "some truly inspirational and creative names"

"While it was a difficult decision, I'm delighted that our state-of-the-art polar research ship will be named after one of the nation's most cherished broadcasters and natural scientists," Johnson added.

"The ship has captured the imaginations of millions, which is why we're ensuring that the Boaty name lives on through the sub-sea vehicle that will support the research crew".