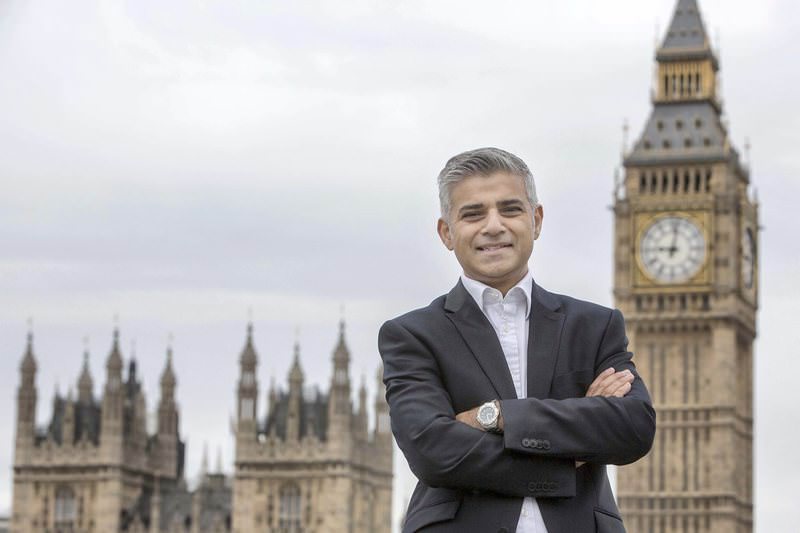 London's new mayor Sadiq Khan has gone from a public housing estate in the British capital to running the city, a remarkable rise for the Pakistani immigrant bus driver's son.

The 45-year-old human rights lawyer-turned-politician swept to victory on Friday, becoming the first Muslim mayor of a Western capital in the process.

After a campaign that saw his main rival try to establish links between Khan and Islamist extremists, the Labour Party candidate now faces the task of bringing London's diverse communities together to keep it on its perch as a top world city.

"I'm a Londoner, I'm British, I'm of Islamic faith, of course I am a proud Muslim. I'm of Asian origin, of Pakistani heritage," he told AFP on Wednesday.

"But the great thing about this city is you can be a Londoner of any faith or none and we don't simply tolerate each other: we respect, we embrace and we celebrate each other."

Khan's journey to City Hall is like a modern fairytale.

Born in London in 1970 to parents who had recently arrived from Pakistan, Khan was the fifth child out of seven brothers and one sister.

He grew up in public housing in Tooting, an ethnically mixed residential area in south London, and slept in a bunkbed until he was 24.

His modest background plays well in a city that is proud of its diversity and loves a self-made success story.

Khan regularly recalls how his late father drove London's famous red buses, and his mother was a seamstress. One of his brothers is a motor mechanic.

He is a handy boxer, having learnt the sport to defend himself in the streets against those who hurled racist abuse at him. Two of his brothers are boxing coaches.

He remains sporting and ran the 2014 London Marathon.

Khan joined the Labour Party aged 15 when Conservative Prime Minister Margaret Thatcher was in her pomp.

At school, he wanted to study science and become a dentist. But a teacher spotted his gift for verbal sparring and directed him towards law.

He gained a law degree from the University of North London and started out as a trainee lawyer in 1994 at the Christian Fisher legal firm.

He represented Louis Farrakhan, leader of the Nation of Islam, and Babar Ahmad, a mosque acquaintance who was jailed in the United States after admitting providing support to the Taliban regime in Afghanistan.

He became a partner in the law firm but left to become the member of parliament for Tooting in the 2005.

He had been a local councillor for Tooting in the Conservative-dominated Wandsworth local borough since 1994.

He still lives in Tooting with his lawyer wife Saadiya and their two teenage daughters.

Prime Minister Gordon Brown made him the communities minister in 2008 and he later served as transport minister, becoming the first Muslim minister to attend cabinet meetings.

In parliament, he voted for gay marriage -- which earned him death threats.

Khan told AFP one of the "great things about London" was that "if you work hard, you get a helping hand and you can achieve anything".

"I've gone from a council estate to being a lawyer, to running a succesful business to being a minister in the cabinet" -- and now London mayor.

He ran for City Hall because "there are too many Londoners who don't get the helping hand that I received".