Trump goes against Obama on Brexit: Britain better off without the EU 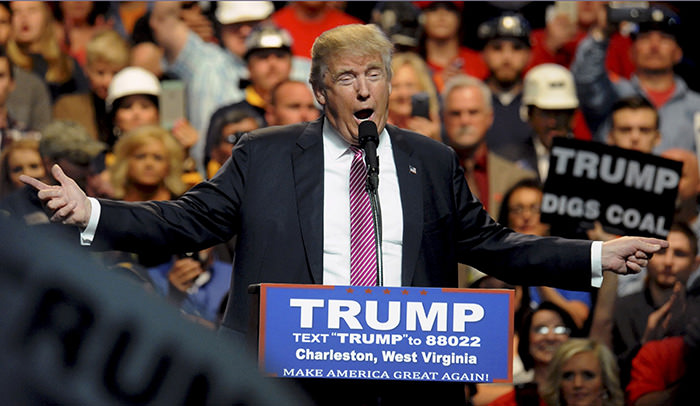 Donald Trump has said Britain would be better off outside the European Union, just weeks after U.S. President Barack Obama travelled to London to warn against a Brexit.

The presumptive Republican presidential nominee conceded on Fox News Thursday that it was up to the British people to decide their future.

Bur he said his personal "feeling" was that Britons should vote to leave the EU in the upcoming June 23 referendum on a so-called Brexit.

Trump argued that the migrant crisis rocking the European Union was in part brought on by the bloc itself.

"I think the migration has been a horrible thing for Europe. A lot of that was pushed by the EU," he said.

"I would say that they're better off without it, personally, but I'm not making that as a recommendation, just my feeling," Trump said.

The billionaire added: "I know Great Britain very well. ... I have a lot of investments there.

"I would say that they're better off without it, but I want them to make their own decision."

Trump's position was in direct opposition to that of the current U.S. administration which has made clear its view that Britain should remain within the European Union.

In London last month Obama argued that British membership magnified the country's global influence, and warned that if it does quit and wanted to sign a separate trade deal with the United States it would go to the "back of the queue."