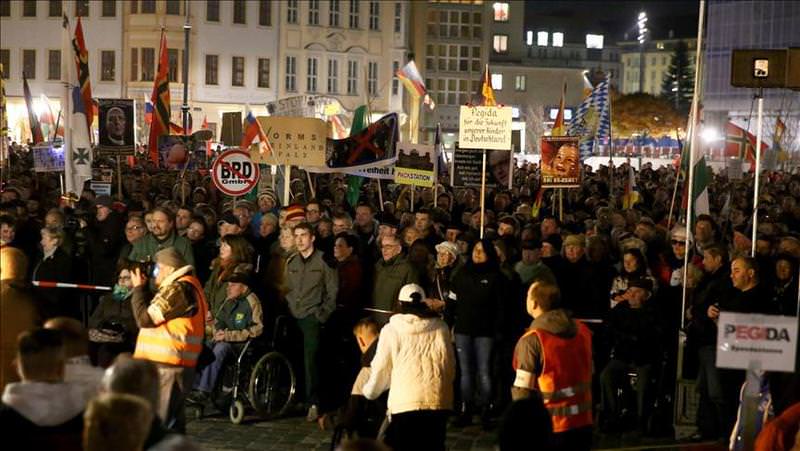 Germany's move to give Islamophobic crimes their own special category in police records is being welcomed by leading experts and Muslim community leaders.

Aiman Mazyek, the chairman of Germany's Central Council of Muslims, said that for many years they have sought such a measure to help address the growing number of verbal and physical attacks on Muslims.

"We will finally be able to have reliable figures on Islamophobia," Mazyek told Anadolu Agency, praising the move by German Chancellor Angela Merkel's conservative-left coalition government.

"German authorities and police will now be more sensible towards Islamophobic crimes. Above all, the growing anti-Muslim racism in Germany will not be subsumed under xenophobia anymore," he added.

Germany's police have long been criticized for ignoring the Islamophobic character of many hate crimes and often classifying them as petty offenses or politically motivated crimes.

The existing classification scheme used by the police includes several categories of politically motivated crimes, but makes no explicit reference to Islamophobia, a growing problem in Germany.

According to a draft reform hammered out by Merkel's coalition partners, the scheme will be updated in June, and will make Islamophobic crimes a special sub-category under hate crimes.

The government recently informed lawmakers, in response to an April 29 parliamentary question motion, that the planned change will come into force in January 2017.

Mazyek said the move should also be supported by additional measures to raise awareness of Islamophobia among public officials.

"This new registration system of anti-Muslim racism must also be accompanied by awareness-raising activities and training for public officials and the police. The government should provide more support for these activities," he said.

Professor Andreas Zick of Bielefeld University, a leading expert on discrimination and racism, told Anadolu Agency that the move to classify Islamophobic hate crimes under a special category would also provide better protection for Muslims.

"It is unacceptable to regard Islamophobic-motivated crimes as regular crime incidents. If someone falls victim to a hate crime just because she or he is a Muslim, than this should be defined accordingly," he told Anadolu Agency.

"It is important to define Islamophobic crimes under a special category. Otherwise, courts often find it difficult to differentiate between the character of the crime, whether it was a discrimination or hate crime. It is also important in this respect to define this and also register it in police records accordingly," he added.

Zick said having reliable figures on Islamophobic crimes following the new system would also help the development of new measures to address Islamophobia in Germany.

"Having reliable figures on Islamophobic hate crimes in the near future will also make it more visible so politicians can see the need to take measures to address the problem of Islamophobia," he said.

Germany has witnessed growing anti-refugee sentiments and Islamophobia in recent years, triggered by the propaganda of far-right and populist parties, which exploited the refugee crisis and fears from religious extremist and terrorist groups, such as Daesh.

Last year there were 80 attacks on mosques across Germany, according to the largest Muslim organization in the country, the Turkish-Islamic Union (DITIB).

Far-right extremists carried out 1,071 attacks against asylum accommodations, 135 of them arson attacks.

Germany took in 1.1 million refugees in 2015, most of them Syrians, Iraqis, and Afghans fleeing civil wars and conflicts in that country.

German far-right movements like Pegida and AfD are calling for measures to curb migration and restrict the rights of Muslims, for what they perceive as the "threat of the Islamization of Germany".

The EU's largest economy with a population of 81.8 million, Germany has the second-largest Muslim population in Western Europe after France. Among the 4 million Muslims in the country, 3 million are of Turkish origin.

German authorities have recently expressed concerns over a trend of radicalization especially among some Muslim-Arab and Salafist groups.

German security organizations estimate that about 800 Germans, mostly young immigrants from Salafist groups, have travelled to Syria and joined Daesh since the beginning of the civil war.

According to Germany's domestic intelligence agency BfV, about 8,650 Salafists are active in Germany-a very small minority of the Muslim population.

Germany's leading Muslim organizations have said the source of the radicalization of some young immigrants is not Islam itself, but the sociological problems they face, such as discrimination, unemployment, or a lack of future prospects.