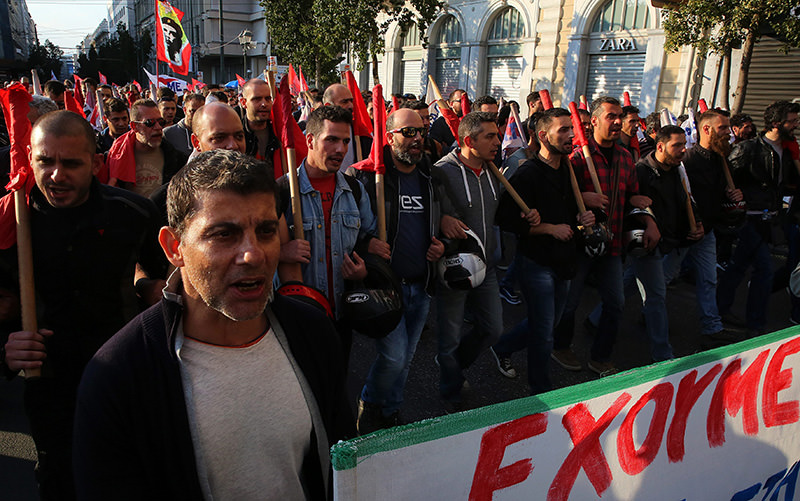 Demonstrators, affiliated to the Communist Party, protest against reforms on the pension and the tax system by the Greek government, Athens, Greece, 07 May 2016 (EPA Photo
by Associated Press May 07, 2016 12:00 am

More than 20,000 slogan-chanting protesters have taken to the streets of Athens to protest against the left-led government's pension and tax reform bill, which is being debated in Parliament.

The march, organized by a union affiliated with the Greek Communist Party, ended peacefully in front of the Greek Parliament. It was joined by several farmers who have been protesting the planned reforms for months.

More rallies are expected Sunday, the day the reform bill goes to a vote. Protests will take place both in the morning and the evening.

There is no love lost between the governing Radical Left Coalition, known by its acronym Syriza, and the Communist Party, especially since many Syriza leaders, including Prime Minister Alexis Tsipras, bolted from the Communist Party in the early 1990s.