Austria's Chancellor Faymann steps down due to lack of party support 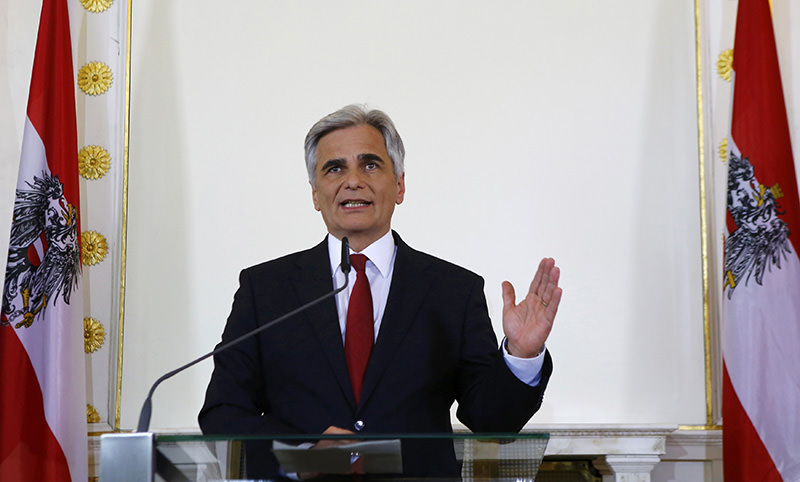 Austrian Chancellor Werner Faymann has resigned citing a lack of support for him in his Social Democratic party. Faymann announced his resignation yesterday after months of growing support for the far-right Freedom Party (FPO) and a recent election setback that resulted in mounting criticism from within his party.

After a meeting with party leaders, Faymann said he would step down as head of the government and as leader of his party, citing a lack of support for his political course among Social Democrats. "This government needs a powerful new start," he told reporters.

A growing sign of that lack of support came last month, when the Social Democrat's presidential candidate faltered against the far-right contender, Norbert Hofer of the Freedom Party, who won the first round of presidential elections.

The election results come after a series of losses in provincial elections by the Social Democrats, who have dominated Austrian politics along with the centrist People's Party since World War II. The People's Party has suffered similar losses.

This result, as well as strong polling results for the Freedom Party during the past 12 months, have led to a deep divide within the Social Democratic Party, between those who lean towards anti-immigration policies and those who want the party to return to traditional left-wing politics.

However, Faymann had backed various new tough immigration policies over the past months, without any shift in his low popularity ratings.

The candidate for the FPO, running on an anti-Islam and eurosceptic platform, won more than a third of the votes, sending him into a run-off for the largely ceremonial role with a former Green Party leader on May 22.

The spokeswoman for Faymann, 56, said she did not know what would happen to the coalition government. A spokesman for the head of the People's Party, Vice Chancellor Reinhold Mitterlehner, was not immediately available for comment. Austria got around 90,000 asylum requests in 2015 after large numbers of migrants and refugees, many fleeing conflicts in Syria, Iraq and Afghanistan, arrived in the staunchly Roman Catholic country of 8.5 million people.