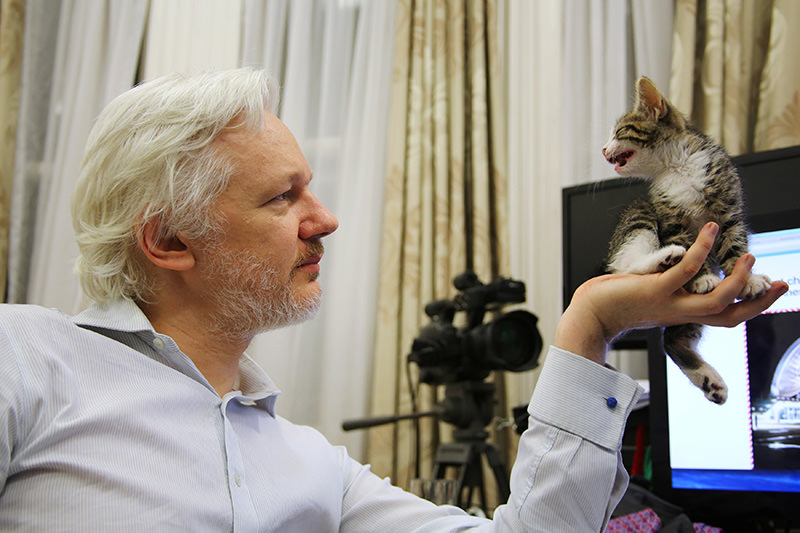 WikiLeaks founder Julian Assange has got a new companion at his Ecuadorian embassy refuge in London: a kitten.

The 44-year old received the 10-week old female kitten as a gift from his children, WikiLeaks said. A spokesperson added that the kitten's name would be chosen by the public and announced next month.

Assange took refuge at the embassy building in June 2012 to avoid extradition to Sweden. He is wanted there for questioning over allegations of a 2010 rape, which he denies.