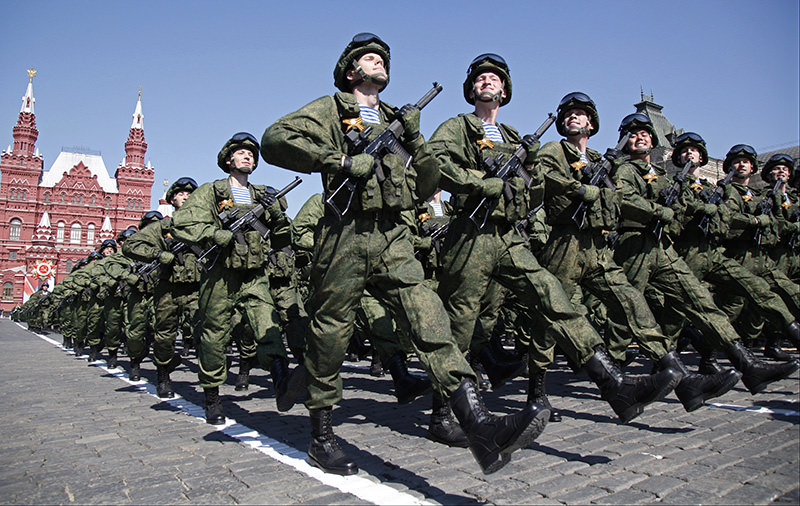 Russia on Monday staged a grandiose military parade through Moscow's Red Square as part of nationwide celebrations to mark 71 years since the Soviet Union's victory over Nazi Germany in World War II.

Some 10,000 troops, tanks and nuclear missile systems swept across Red Square's cobblestones in front of President Vladimir Putin, senior officials and a handful of war veterans.

Putin addressed the troops, congratulating them on a holiday that traditionally unites Russians across political divides.

The Kremlin strongman also took the opportunity to call for the international community to unite in the fight against global terrorism.

"We must overcome this evil, and Russia is open to uniting forces with other states, it is ready to work on the creation of a modern, non-aligned international security system," Putin said.

The parade on Red Square also saw military aircraft, including Su-35 fighter jets Russia uses in its bombing campaign in war-torn Syria, swoop over Moscow in a resounding fly-by.

A smaller-scale parade was held on Russia's Hmeimim airbase in Syria, where Moscow is conducting air strikes it says are aimed at extremist groups like the Islamic State.

May 9 festivities also took place in some former Soviet republics.

Kazakh President Nursultan Nazarbayev sat beside Putin at the Moscow parade, but other foreign leaders were not among the honored guests.

Western leaders last year snubbed invitations to attend the 70th anniversary celebrations over the Ukraine crisis, leaving Putin to mark the day in the company of the leaders of China, Cuba and other Moscow-friendly figures.

An estimated 27 million of the former Soviet Union's soldiers and civilians were killed in World War II and the Red Army's triumph in the war is viewed as a huge source of pride in Russia.