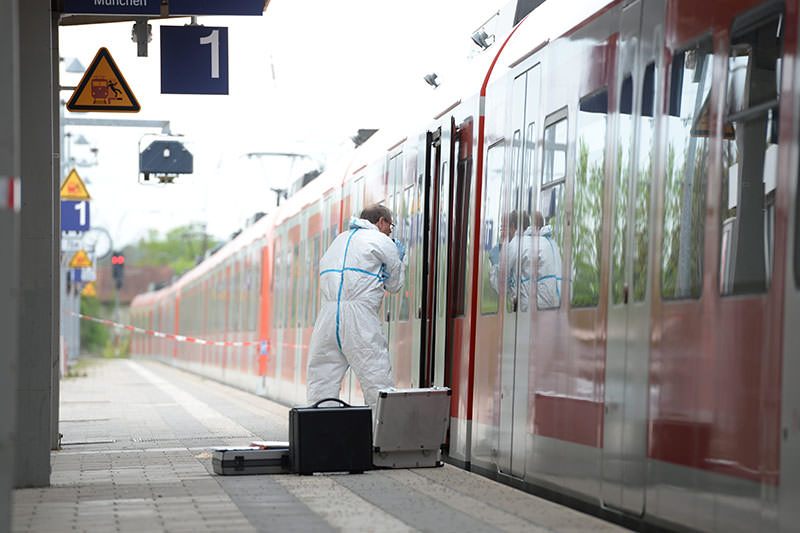 A forensic investigator of the German police next to a local train at the railway station in Grafing near Munich, Germany, 10 May 2016 (EPA)
by Compiled from Wire Services May 10, 2016 12:00 am

An unidentified assailant killed a man and injured at least three others in a stabbing attack at Grafing train station near Germany's southern town of Munich, shortly before 5:00 a.m. (0300 GMT) on Tuesday.

The 50-year-old man died of his injuries after being taken to hospital, prosecutors and Bavaria's State Criminal Investigation Bureau said.

Investigators said the assailant lunged suddenly at the man and three other male victims aged between 43 and 58 at a train station in Grafing, a town 30 kilometres east of Munich. They added that the 27-year-old suspect is a German national.

"At the present moment, we cannot tell anything for certain about the possible motivation of the attacker," police spokesman Hans-Peter Kammerer said, adding the suspect was currently under interrogation.

According to the spokesman, initial information suggests the suspect made some "political statements" at the train station, but did not give any details.