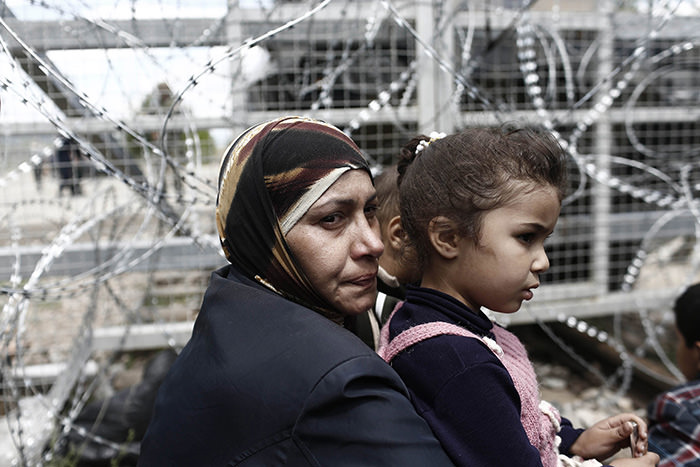 The Council of Europe on Wednesday offered its help in training Macedonian border police, after allegations that officers are maltreating refugees as they try to enter the country on their way north.

Macedonia has used tear gas and stun grenades to push back refugees at the Greek border to the south and has been accused by NGOs of using rubber bullets, though the government denies this charge.

The council's special representative on migration and refugees said in a report published Wednesday he was concerned about "allegations of maltreatment by police stationed along the Macedonian border", following a research mission to the area in March.

Tomas Bocek suggested the council help Macedonian authorities train border guards to ensure that "the border with Greece be watched over in accordance with the country's obligations as well as in relation to human rights".

Thousands of refugees fleeing war, persecution and poverty in the Middle East and Asia have found themselves stranded in squalid conditions in the Greek border point of Idomeni after Macedonia and other Balkan states denied them passage to northern Europe.

In recent months tensions have come to a boil at the border, with several hundred refugees being hurt when they tried to cross over in April.

In the same report, Bocek called for greater mobilisation of resources to provide refugees with acceptable living conditions when arriving in Greece and Macedonia.