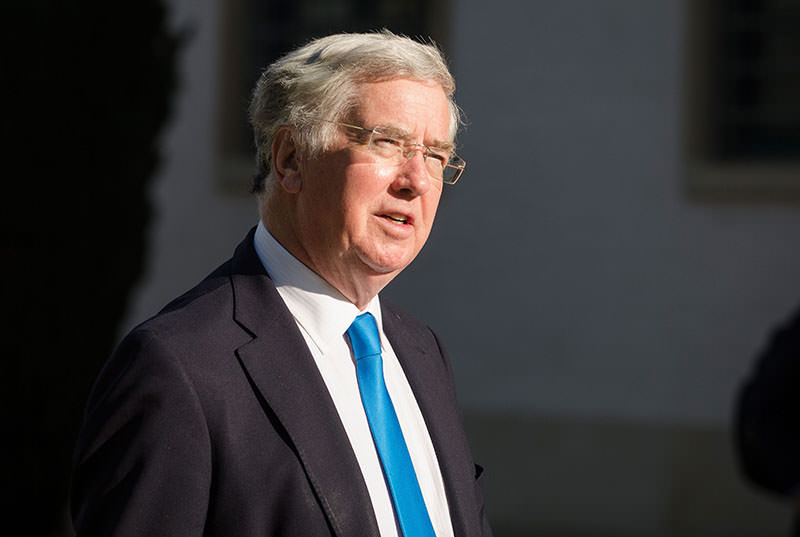 British Defense Secretary Michael Fallon apologized for his comments in which he repeated false claims linking Tooting Imam Sulaiman Gani to terrorist organization Daesh on a radio program, after Gani took legal action against him.

Fallon had made the comments on BBC Radio 4 last week in reference to then-impending London mayoral elections.

"Your own Andrew Neil, on a BBC program, said of [then-mayoral candidate Sadiq Khan's] appearance with Suliman Gani, a supporter of Daesh Islamic State, said, 'You [Khan] appeared with him on a platform nine times'," he stated.

A spokesperson told British newspaper The Daily Mirror that Fallon was "unaware" of the "clarification and apology" that the BBC had issued on Neil's claim.

"Had he been aware, he would not of course have quoted him, and as soon he became aware he put the record straight. He naturally apologizes for this inadvertent error," he stated.

Gani earlier spoke to the Turkey's state-run Anadolu (AA)Agency but declined to comment on Fallon, saying the matter will be taken care of in a court case.

Gani's name was used in the Conservative Party campaign allegation that Labour's successful mayoral candidate Khan had connections to radical and extremist Muslims.

Gani, a London-based Muslim preacher, has demanded a formal apology from the British premier for labeling him a Daesh supporter in the House of Commons in the run-up to the mayoral elections. He said he was shocked by Prime Minister David Cameron's allegations, which he described as racist and Islamophobic.

The law does not allow a case against Cameron for his comments due to "parliamentary protection."

Sadiq Khan made British history last Friday when he was elected the first Muslim mayor of London.