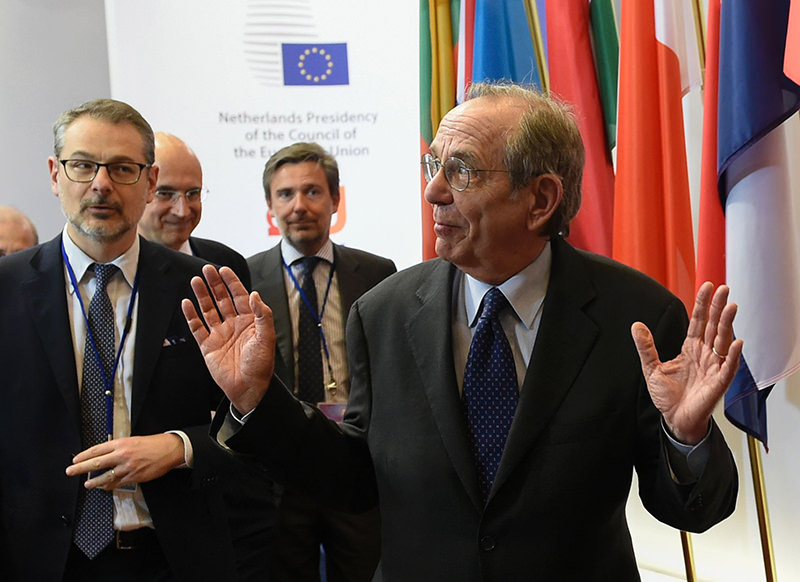 Italian Minister of Economy and Finance Pier Carlo Padoan adresses journalists during an Eurogroup meeting at the EU headquarters in Brussels on May 9, 2016. (AFP Photo)
by May 11, 2016 12:00 am

Italian finance minister Pier Carlo Padoan said on Wednesday that a British exit from the European Union could lead to other countries breaking away from the bloc.

"In other European countries there might be a temptation to do like the UK, to engineer other Brexits all over the place, so this would lead to widespread fragmentation in the EU," he said in an interview with Britain's Channel 4 television during a trip to London.

Britain would face long and tough negotiations if it sought to leave the EU, Padoan added.

"The UK and the whole of Europe would in fact enter a prolonged period of new negotiations - how to actually separate one country from the rest of the union. It's not going to be a piece of cake. It's going to be very difficult," he said.