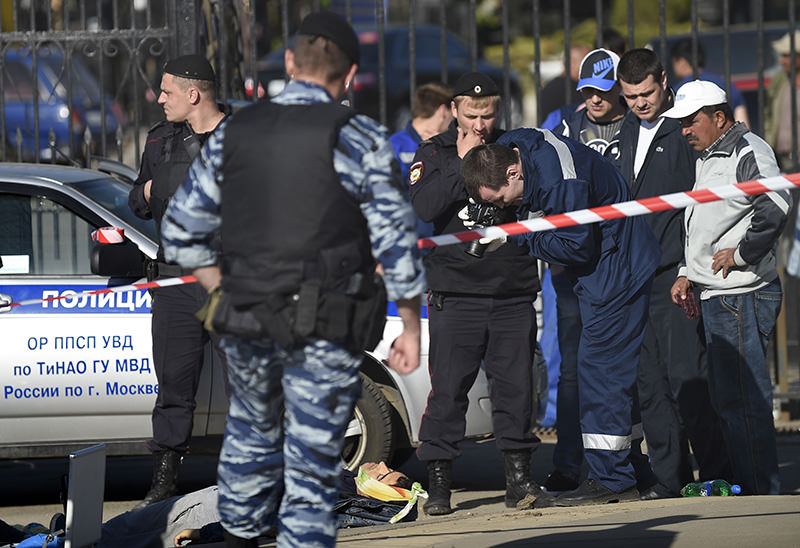 At least three people were killed Saturday when a mass brawl involving hundreds of men broke out at a Moscow cemetery, officials said.

"At the moment, we have 26 injured and three dead," Interfax news agency said, quoting a spokesman for Moscow's health department.

Twenty-three people were hospitalised, four of them with serious injuries, the official said.

An interior ministry spokesman, cited by Interfax, said 90 people had been arrested after the fighting.

Footage shown on the TV news channel LifeNews showed dozens of men armed with staves or steel bars in running battles inside the cemetery and at its entrance while gunshots could be heard.

Two of the victims were Tajikistan nationals, according to Karomat Sharipov,a representative of the Tajik diaspora.

"These were Tajik citizens who have worked in Russia for over 20 years," Sharipov told Interfax.

"Organised crime gang members came, they demanded that they give them 20 percent of their income," and the fighting started when the Tajik workers refused to do so, added Sharipov, head of the Tajik Migrant Workers group.

Russia's interior ministry said the fight, including firearms, appeared to have been sparked by a dispute over who had the right to work on the cemetery, a massive 200-hectare (500-acre) site on Moscow's southwestern rim.