Greek government to raise VAT on food and services 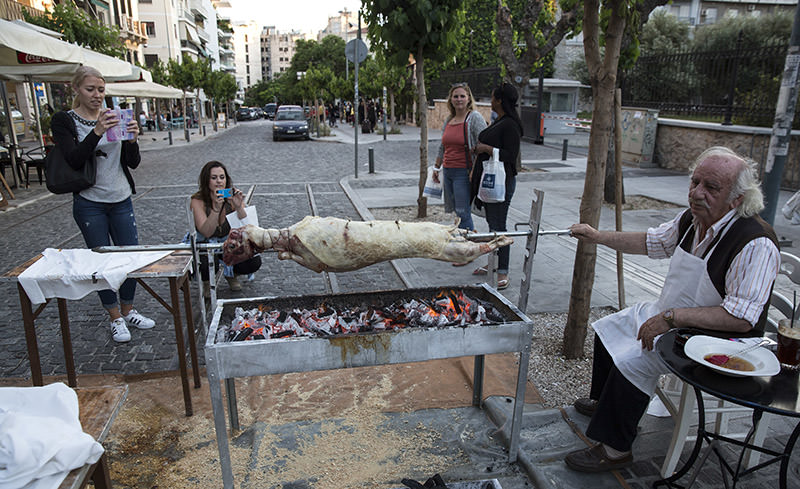 Tourists take photographs of a man who grills a lamb outside a restaurant in Athens, on Saturday, April 30, 2016 (AP Photo)
by May 16, 2016 12:00 am
The Greek government is presenting new measures to raise value added tax (VAT) on food and services in order to save 1.8 billion euros as one of the preconditions set by international creditors for additional aid for the struggling country.

According to local media reports Monday, tax on food and drinks, including those sold in restaurants and bars, would rise from 23 per cent to 24 per cent under the new plan. Tickets for local and long-distance travel will also rise by the same amount.

Petrol and diesel would rise by 5 per cent and 8 per cent, respectively.

Other goods and services to face VAT rises would be cigarettes, fixed line telephone services and pay TV services. Stays in Greek hotels starting in 2018 would see added fees of 2 euros to 4 euros per night.

The bill for the new measures is to be presented to parliament soon, with a vote expected as early as the coming weekend.
Last Update: May 16, 2016 1:28 pm
RELATED TOPICS